Margaret Walker Alexander: Poet and Writer of the Black Literary Movement in Chicago

Margaret Walker Alexander was an American poet and writer. She was part of the black literary movement in Chicago. She is most noted for her award-winning poem “For My People” in 1942, and the novel “Jubilee” in 1966, which was set in the South during the American Civil War.

Walker was born in Birmingham, Alabama, to Sigismund C. Walker, a Methodist minister, and Marion Walker. Both parents taught Walker philosophy and poetry as a young child. Her family moved to New Orleans when Walker was young. She attended school and eventually enrolled at Northwestern University.

In 1936, she began working with the Federal Writers’ Project under the Works Progress Administration of the President Franklin D. Roosevelt administration during the Great Depression. She was a member of the South Side Writers Group, which included authors such as Richard Wright, Arna Bontemps, Fenton Johnson, and Theodore Ward.

Walker became a literature professor at what is today known as Jackson State University, a historically black college. She taught from 1949 to 1979. In 1968, Walker founded the Institute for the Study of History, Life, and Culture of Black People, which is now called the Margaret Walker Center. Her personal papers are currently located there.

In 1942, Walker’s poetry collection, “For My People,” won the Yale Series of Younger Poets Competition under the judgeship of editor Stephen Vincent Benet, thus making her the first black woman to receive a national writing prize. “For My People” was considered the “most important collection of poetry written by a participant in the Black Chicago Renaissance before Gwendolyn Brooks’, A Street in Bronzeville.”

Much of Walker’s responsiveness to the black experience, which was communicated through the realism of her work, can be attributed to her growing up in a southern home environment that emphasized the rich heritage of black culture. 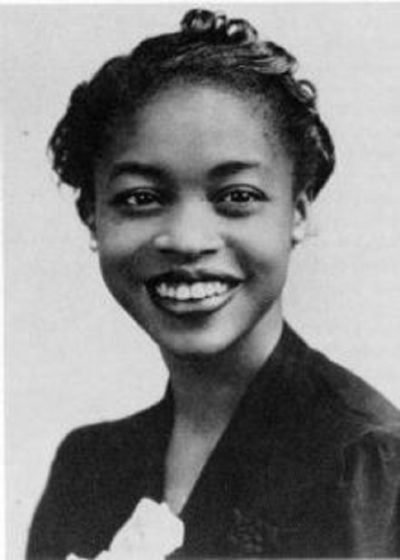