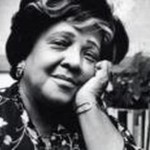 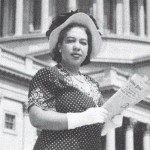 Alice Dunnigan and Ethel Payne were the first two African American women to hold White House press passes. They fought their way in to cover some of the biggest events of their times despite the one-two punch of sexism and racism that pervaded the corps, and society at large. Though much has changed since Dunnigan first obtained her pass in the Jim Crow 1940s, many of today’s issues—#blacklivesmatter; glass ceilings—would be all too recognizable to her and Payne. Books about both women have been published: a new edition of Dunnigan’s memoirs on Feb. 15, 2015 and a biography of Payne two days later.

Read excerpts from both @http://www.cjr.org/critical_eye/alice_dunnigan_ethel_payne.php