“If we cannot do great things, we can do small things in a great way.” -Melnea Cass 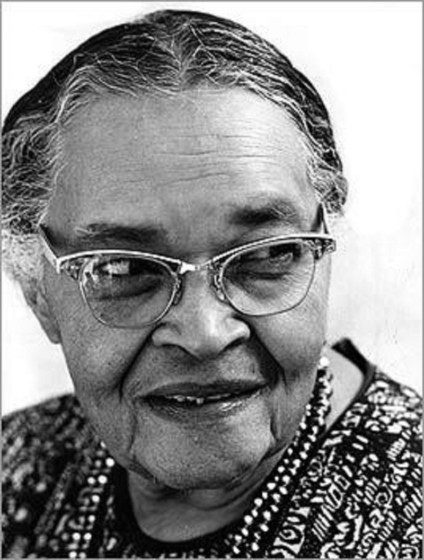 Melnea Cass was recognized as the “First Lady of Roxbury.” Her activities ranged from serving on boards, volunteering on committees, giving money to less fortunate students, and accepting city appointed commissions.

Melnea Agnes Cass was born in Richmond, Virginia in 1896. Her father worked as a janitor, her mother as a domestic worker. The family moved to Boston’s South End so that Cass and her siblings could receive a proper education. She attended the Boston Public Schools. Her mother died shortly after the family moved to Boston leaving her “Aunt Ella” to step in and help raise the children.  Her aunt moved the girls to Newburyport, Massachusetts, under the care of Amy Smith where Melnea attended grammar school.

Melnea later returned to Boston to attend the Girls’ High School for one year. It was then her Aunt Ella, recognized her strong intelligence and found the money to send Cass to St. Frances de Sales Convent School in Rock Castle, Virginia. The school was a Catholic school for African American and Native American girls. Melnea Jones graduated in 1914 as the valedictorian of her class.

After graduating high school, Cass found work as a salesgirl. She was often denied opportunities because she was black. By 1917, she married Marshall Cass, and took a position as a domestic worker. After her husband returned from World War I, she became involved in the community as an activist.

In 1920, after women achieved the right to vote, she helped African-American women register and cast their first vote. At the same time, she encountered William Monroe Trotter, one of Boston’s most militant civil rights activists.  Cass was deeply influenced by his lectures, protest meetings, and his newspaper, The Guardian. She joined the NAACP and volunteered what time she could while raising her children.

By the 1930s, Cass was a force for positive change in Roxbury. She volunteered her services for the Robert Gould Shaw House, a local settlement house and community center named after the commanding officer of the all-Black Civil War regiment. She founded the Kindergarten Mothers to encourage early education. She contributed her time and talent to the Pansy Embroidery Club, the Harriet Tubman Mothers’ Club, and the Sojourner Truth Club. Cass also helped form the Boston chapter of the Brotherhood of Sleeping Car Porters.

Cass served as the president of the Women’s Service Club for more than fifteen years, during which time she initiated the Homemakers Training Program to assure domestic workers of social security and other benefits. Melnea Agnes Cass died in 1981.