Murder of Louis Allen: How the Truth Destroyed One Man’s Life and Became a Death Sentence

Louis Allen was an African American businessman from Liberty, Mississippi, a small rural logging town not far from the Louisiana border. According to CBS News, the FBI believes people in the city have been keeping a dark secret for 50 years. During the civil rights era, Allen was shot and killed on his land after trying to register to vote and being suspected of talking to federal officials about the 1961 murder of Henry Lee, a white state legislator. This period was a time when civil rights activists were being beaten, arrested, and even murdered.

The case has been investigated by a history professor at Tulane University, the FBI in 2007 as part of its review of the civil rights-era cold cases, and CBS 60 Minutes. Evidence in the case pointed to Allen being killed by Daniel Jones, the sheriff of Amite County during that time. However, no one was ever prosecuted for the murder.

Allen was among a dozen witnesses of the murder of Herbert Lee by E.H. Hurst, a white state legislator, in September 1961. Civil rights activists had come to Liberty that summer to organize for voter registration; virtually no blacks had been allowed to vote since 1890, when the state disfranchising constitution was passed.

In August 1961, a man by the name of Moses filed charges against Billy Jack Caston, cousin to Sheriff Daniel Jones and son-in-law of pro-segregation state legislator E. H. Hurst, for an assault against him and other civil rights activists. It was the first time that an African American had legally challenged white violence in Amite County. The white jury acquitted Caston and Moses was escorted to the county line, for his own safety. 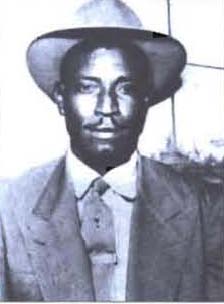 On September 25, 1961, Hurst followed an NAACP member named Herbert Lee to the Westbrook Cotton Gin, where he shot and killed the activist. Louis Allen and eleven other men witnessed the murder. When a coroner’s inquest was conducted hours later, in a courtroom filled with armed white men, Allen and the other witnesses were pressured into giving false testimonies. Allen later discussed the incident with Julian Bond, who encouraged him to talk to the federal authorities and tell the truth.

Bond knew about the racism that filled the streets of the region, and he also knew that the truth was a risk to Allen’s life.  When Allen decided to talk to the FBI, he also asked for protection; however, the FBI could not guarantee the safety of  Allen’s life. Because of  the lack of protection, Allen tried to protect his own life and repeat the official version of events that got Hurst off  the hook of the murder in the first place.

But unfortunately, the change of heart for Allen was too late. The word quickly spread among the white community about Allen’s visit with the FBI, and the town blackballed him and his business. Most of his customers stopped visiting his logging business and wanted nothing to do with him.  In August 1962, as Allen and two other black men tried to register to vote at Amite County Courthouse, they were shot at by an unknown assailant.

Allen was constantly threatened and told it was in his best interest to leave town. He reported the threats to the FBI, but very little was done. The FBI was told not to notify the Amite sheriff county office, but did so anyway, even after a memo circulated that “Allen was to be killed and the local sheriff was involved in the plot.” On January 31, 1964, Allen planned to pack up and leave town because he still feared for his life. That night, he was ambushed at the cattle grid at the border of his property. He was killed by two shotgun blasts to the head. The case is still unsolved.