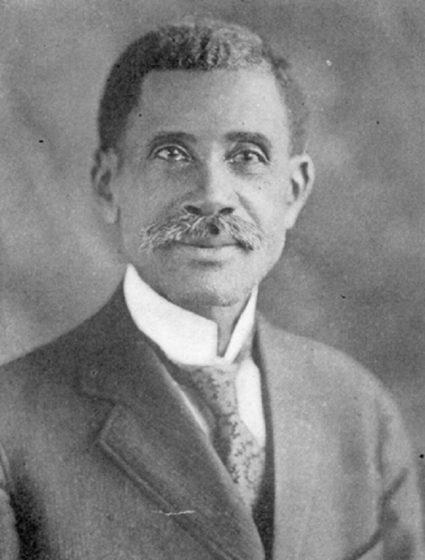 eter Weddick Moore was a North Carolina educator and the first president of Elizabeth City State University. Moore fought against segregation of education as well for equality among whites and blacks.

Born on June 24, 1859 to two slave parents, Moore had a difficult childhood. His father is believed to have been killed by the Ku Klux Klan, so his mother was forced to raise him and his four siblings alone. His mother believed that her children should all be educated and made sure Moore went to school. He was said to have gone to a neighborhood school created by the Freedman’s Bureau. After graduation, Moore became certified to teach in a one-room school, allowing him to further pursue his passion for academia.

Moore received an A.B. degree in 1887 from Shaw University. The university also awarded him both M.A. and LL.D. degrees in recognition of his many contributions to education in the state. Moore’s career began when he started teaching in the Holly Grove district at age 20. He saved the money earned from teaching and raising cotton to supplement his education at Shaw University.

In 1891, four years after beginning in Plymouth, Moore was asked to be the new leader of the State Colored Normal School at Elizabeth City.After the school opened, it split into three separate schools: Elizabeth City State, Fayetteville State, and Winston Salem State Normal Schools. Moore served as the principal until 1928 when he retired, just six years before his death. In 1928, Moore was granted the title of President Emeritus by Elizabeth State University. This position included a home and salary for the remainder of his life.

Peter Weddick Moore
« Previous PostSee How Multi Millionaire Vertus Hardiman, Horribly Disfigured In Government Experiment, Triumphed Despite His Circumstances | Video Next Post »PWI’s (Predominantly White Institutions) that have Acknowledged the History of Slavery on their Campus