Jackson was born April 15, 1916, in Ridge Spring (Saluda County), South Carolina. He was the first of eight children of the late Sam Jackson and Mary Quattlebaum Jackson. After the death of Jackson’s mother, his father married Maxie Campbell West Jackson, and six children were born to them. Jackson attended Ridgehill School in Ridge Spring, South Carolina. After coming to Columbia, he married Mable Grant Jackson and the couple had five children. He later joined the Dennis Chapel Baptist Church in Columbia, served as a Deacon and sang with the Jubilee Choir.

Having little formal education, Jackson was blessed with wisdom, ingenuity, persistence, and God’s guidance. He has allowed God to use him. In Jackson’s early adult life he obtained a chauffeur’s license, drove taxis from 1946 to 1949, and subsequently owned a cab company, the Capital City Taxi Club. In 1946, Jackson opened the Capital City Sandwich Shop. This shop was operated out of an old school bus located at 1607 Harden Street. In 1952 he and a partner put up a building in place of the old school bus and renamed the restaurant, ALBEN, for Allen University and Benedict College. The business was located across from both schools. In 1964, Jackson and his wife bought the building next door. That enterprise eventually became known as the A & B House Restaurant. Again, it was named using the first letter of each of the two schools to retain the identity and warmth that had developed with the schools over the years.

During the many years that he was in the restaurant business, Jackson fed thousands. He established a catering business that provided service for any African American conventions and conferences held in Columbia. He had extra compassion for struggling students at Allen University and Benedict College. Those students who were unable to pay were served. Jackson was inducted into the South Carolina Black Hall of Fame and received a community service award from Columbia Urban League. Ozie Jackson died in 1998. 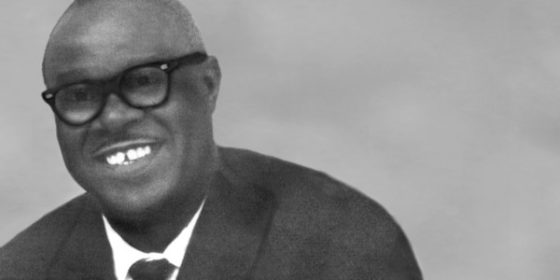