Poet Georgia Douglas Johnson’s, “The Heart of a Woman”

The Heart of a Woman

The heart of a woman goes forth with the dawn,
As a lone bird, soft winging, so restlessly on,
Afar o’er life’s turrets and vales does it roam
In the wake of those echoes the heart calls home.
The heart of a woman falls back with the night,
And enters some alien cage in its plight,
And tries to forget it has dreamed of the stars
While it breaks, breaks, breaks on the sheltering bars.
-Georgia Douglas Johnson

Georgia Johnson was an influential figure during the Harlem Renaissance. She published her first poems in 1916 in the NAACP’s magazine Crisis. Her weekly column, “Homely Philosophy,” was published from 1926 to 1932. She wrote numerous plays, including Blue Blood (performed 1926) and Plumes (performed 1927). Johnson traveled widely in the 1920s to give poetry readings.

Johnson was born in Atlanta, Georgia, to parents of African American, Native American, and English descent. She graduated from Atlanta University Normal College and studied music at the Oberlin Conservatory and the Cleveland College of Music. After graduation, she taught and worked as an assistant principal.

Georgia Douglas Johnson wrote plays, a syndicated newspaper column, and four collections of poetry: The Heart of a Woman (1918), Bronze (1922), An Autumn Love Cycle (1928), and Share My World (1962). Johnson’s first collection of poems, The Heart of a Woman and Other Poems, established her as one of the notable African American woman poets of her time. 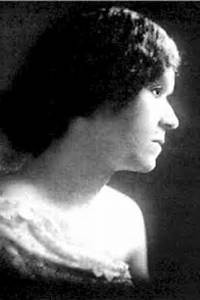