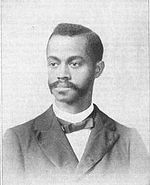 Turner became the 1st person to prove that insects can hear and can distinguish pitch. In addition, he also discovered that cockroaches can learn by trial and error and that honeybees can see color.

CAREER & RESEARCH: Despite his doctorate, Turner chose to teach at high schools. Most sources attribute this career move to a desire to devote more time to the observation of insects, but Charles I. Abramson, in his 2003 article on Turner for American Bee Journal, claims that Turner was unable, rather than unwilling, to get an appointment at the University of Chicago, and that the Tuskegee Institute could not afford his salary.

Turner published 49 papers on invertebrates, including Habits of Mound-Building Ants, Experiments on the Color Vision of the Honeybee, Hunting Habits of an American Sand Wasp, and Psychological Notes on the Gallery Spider.

Through his research, Turner became the first person to prove that insects can hear and can distinguish pitch, he also was the first to discover that cockroaches can learn by trial and error and that honeybees can see color.

Besides his scientific work, Turner was active in the struggle to obtain social and educational services for African Americans in St. Louis, Missouri.
He died on February 15, 1923 from acute myocarditis in Chicago. His place of interment is Lincoln Cemetery in Chicago.

HIS LEGACY: After his death, a school for disabled African American children was named in his honor.