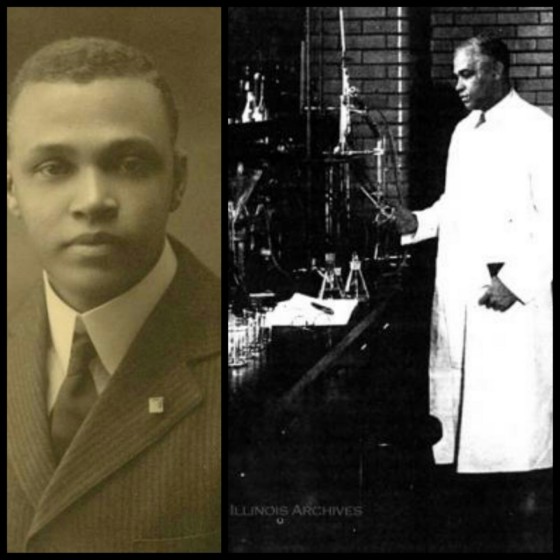 Saint Elmo Brady was the 1st African American to obtain a Ph.D. degree in chemistry in the United States. He received the Ph.D. in chemistry at the University of Illinois in 1916 for work done in Noyes Laboratory.

HIS EDUCATION & CAREER: Greatly influenced by Thomas W. Talley, a pioneer in the teaching of science, Brady received his Bachelor’s Degree from Fisk University in 1908 at the age of 24, and immediately began teaching at Tuskegee Institute in Alabama. His magnificent abilities were acknowledged in 1912 when they offered a scholarship to Illinois to engage in graduate studies.

During his time at Illinois, Brady became the 1st African American admitted to Phi Lambda Upsilon, the chemistry honor society (1914) and was one of the first to be inducted into Sigma Xi, the science honorary society (1915).

In November 1916, The Crisis — monthly magazine of the NAACP — selected Brady for its biographical sketch as “Man of the Month”.

Brady published three scholarly abstracts in Science in 1914-15 on his work with Derick. He also collaborated with Professor George Beal on a paper published in Journal of Industrial and Engineering Chemistry titled, “The Hydrochloride Method for the Determination of Alkaloids.” Professor Brady also authored three monographs on Household Chemistry for Girls.