Rev. Wyatt Tee Walker served as chief of staff for the Rev. Dr. Martin Luther King Jr. from 1960 to 1964 and spent thirty-seven years as the pastor of Canaan Baptist Church of Christ, in Harlem, New York.

Wyatt Tee Walker was born in Massachusetts, raised primarily in New Jersey and received his college education at Virginia Union University in Richmond, Virginia. After earning his degree, in 1953 Walker was called as pastor at historic Gillfield Baptist Church, the second oldest black church in Petersburg, Virginia and one of the oldest in the nation.

Walker was arrested numerous times, first time for leading a black group into a “white only” library in Petersburg. He was known for his flamboyant style and could cause a stir just by walking into a room. In 1953, Walker worked with citizens who filed suit in federal court for access to a public pool in Lee Park. The city closed the park in 1954 rather than integrate. The park later reopened, but the city never operated the pool again.

Walker served as president of the Peterburg NAACP branch for five years and as state director of the Congress of Racial Equality (CORE), which he co-founded in 1958.  He also helped found the Petersburg Improvement Association (PIA), which was modeled after the Montgomery Improvement Association (MIA) in Alabama. The group developed strategies against segregation, including publicizing its activities.  By May 1960 the PIA had 3,000 members. By conducting sit-ins in 1960 at the Trailways bus terminal, Walker and PIA members gained agreement by the president of the Bus Terminal Restaurants to desegregate lunch counters in Petersburg and several other Virginia cities. This was achieved the year before the Freedom Riders arrived in 1961.

Over the years, Walker formed a friendship with Dr. Martin Luther King, Jr. in the Civil Rights Movement. He later served as his chief of staff. He was one of the founding members of the Southern Christian Leadership Conference (SCLC). Walker eventually relocated to Atlanta to work as the SCLC’s first full-time executive director.  During his leadership of 1960–1964, he brought the organization to “national power” in its efforts to bring about an end to legal segregation of African Americans. Walker also helped organize and participated in the 1963 March on Washington.

In 1967, Walker took the reign as senior pastor of the influential Canaan Baptist Church of Christ in Harlem, New York, where he commanded a major pulpit in the struggle for tolerance and social justice. Walker spent the 1970s, serving as Urban Affairs Specialist to Gov. Nelson A. Rockefeller, helping advise in a volatile social environment. Also during this time, Walker completed his doctorate at Colgate Rochester Divinity School. In his graduate studies and research, Walker also studied at the University of Ife in Nigeria and the University of Ghana. Walker is a member of the Gamma Chapter of Alpha Phi Alpha fraternity.

On January 18, 2009, Walker was one of twenty-five honorees who receive the “Keepers of the Flame” award at the African American Church Inaugural Ball, celebrating the inauguration of President Barack Obama. 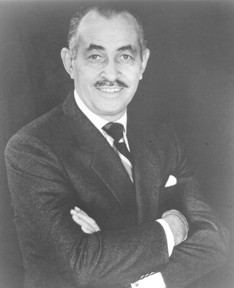