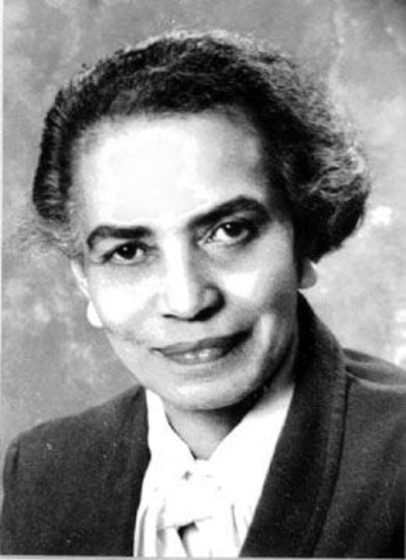 Roberta Byrd Barr was an African American educator, civil rights leader, actor, librarian, and television personality. She is also remembered as a talented, multifaceted personality who exhibited a calm presence, thoughtful demeanor, and a darkly melodious voice throughout her career.

Barr was born on January 4, 1919, in Tacoma, Washington. She attended Lincoln High School there and Wilberforce University in Ohio. She married Dr. James J. Byrd in 1950, lived in New Jersey, and gave birth to two sons.

Barr headed the Freedom School at the YMCA in 1966. At this time the school boycott through which the black community protested the lack of progress toward desegregation. During this time, she met and married Albert R. Barr, a retired Army officer. The same year, she was appointed by Governor Dan Evans to the State Board Against Discrimination.

Her acting and television career began in the early 1960s when she starred in the Cirque Theatre production of Raisin in the Sun with Greg Morris, who is known for his role in TV’s “Mission Impossible.” On KCTS/Channel 9, she told stories to young children in a show called “Let’s Imagine.”
From 1965 to 1970 Barr moderated the Program “Face to Face” on KING TV from 1965-1970 and from 1971-1972 on KCTS/9. The program was an audience participation show that featured guest speakers talking about controversial topics such as desegregation and welfare. Barr brought the community to civil rights issues and other important topics which were often overlooked by the media. She put forth efforts to become the bridge between the black and white communities.

In 1973, Barr served as the principal of Lincoln High School and became the first woman in the history of the Seattle Public Schools to head a high school. After retirement, Barr remained active in the National Association for the Advancement of Colored People (NAACP), the Seattle Urban League, and Alpha Kappa Alpha Sorority. Roberta Byrd Barr died on June 23, 1993.