Rosa Slade Gragg understood the struggle for black progress, she founded the Slade-Gragg Academy of Practical Arts in 1947, the first black vocational school in Detroit. Known as the Tuskegee of the North, it trained over 2,000 women and returning veterans. This was the first black-owned and operated business on Woodward Avenue in Detroit. Later she led the establishment of a youth center, library, and archives for Bethel A.M.E., the second oldest black church in Michigan. Gragg made numerous first achievements.

In 1958 after being elected to the Presidency of the National Association, Gragg succeeded in having the Fredrick Douglass home in Washington, D.C., declared a national shrine by Congress. She was known to fight for black people with skill, force, and money.

She severed as an advisor to three U.S. Presidents. Under President Roosevelt, she was the only black on the Board of the National Volunteer’s Participation Committee of Civil Defense. She helped open Detroit’s first Civilian Defense Office. Under President Kennedy, she served on the Status of Women’s Commission, the National Women’s Committee on Civil Rights, and the Commission on Employment of the Handicapped. President Johnson appointed her to the Citizens Committee on Community Relations and the Defense Advisory Committee on Women in the Services. Gragg died in 1989. 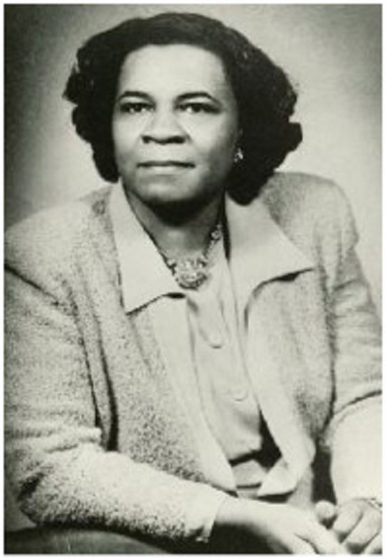