Said To Have ” A Sharp Eye And Excellent Discovery”, Mary Edmonia Lewis Was The First 19th Century Black Sculptor To Receive International Recognition

BALTIMORE, MD.- The Walters Art Museum announces the discovery of a previously unknown photograph of Mary Edmonia Lewis (1844–1907), the first 19th-century African American sculptor to receive international recognition. Prior to this discovery, there existed only seven known photographs of Lewis, all taken at the same sitting in Chicago around 1868-70 by photographer Henry Rocher. This previously unknown image was shot in Rome between 1874-76 by the prestigious Italian studio of Fratelli D’Alessandri, photographer of Pope Pius IX. It sheds new light on the artist and her commitment to using photography to promote her image. 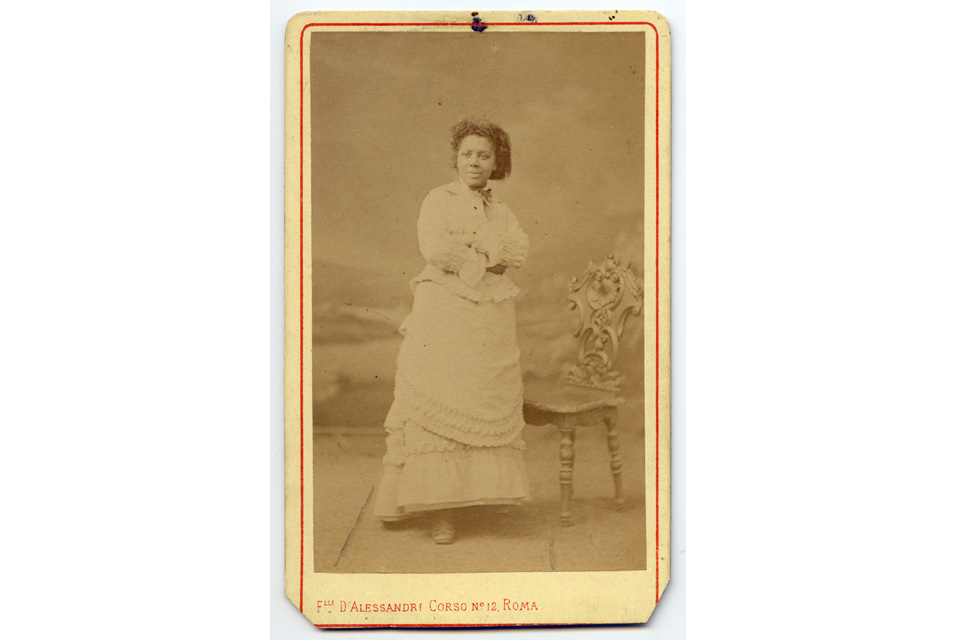 The worn 4 x 2.5” photograph was the 19th-century equivalent of a visiting or calling card called a carte-de-visite or cdv. While on a research sabbatical, Walters Deputy Director of Audience Engagement Jacqueline Copeland found the Lewis image in a box of photographs of unnamed African American men, women and children in a Baltimore antique shop that wishes to remain anonymous. “I was ecstatic when I realized that this unidentified black woman standing proudly and confidently in a 19th-century dress was Edmonia Lewis since so few images of her exist,” said Copeland. “In 2002, the Walters acquired Edmonia Lewis’ 1868 bust of Dr. Diocletian Lewis (no relation) through a generous grant by Baltimore philanthropists Eddie and Sylvia Brown. It was one of the first works by an African American artist to enter the museum’s permanent collection.

This newly discovered photograph will be added to the Walters’ archives for further study and scholarship about this artist.” Marilyn Richardson, a leading scholar and researcher on Edmonia Lewis, congratulated the Walters on “having a sharp eye and an excellent discovery.” Lewis was born in the village of Greenbush, near Albany, New York. Her father was Haitian of African descent, and her mother was partly Native American, of the Chippewa tribe, and partly African American. She attended Oberlin College in Ohio and in 1863 moved to Boston, where she received instruction from the sculptor Edward Brackett. 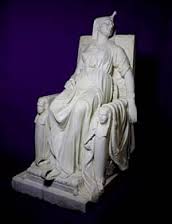 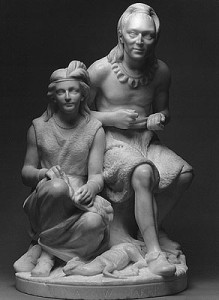 In 1866, she left the United States for Rome, settling among other American expatriate artists saying, “The land of liberty had no room for a colored sculptor”. She adopted the prevailing neoclassical style of sculpture, but softened it with a degree of naturalism.

She traveled to the United States from Europe several times, which was an arduous task for a woman at this time. Copeland’s research shows that Lewis had two other cdvs taken by Boston photographers, perhaps prior to the Rocher photographs taken in Chicago. She also discovered a photocopy of a cdv in the archives of the Oblate Sisters of Providence in Baltimore. It is unknown why Lewis’ carte de visites were found in Baltimore. It is possible that she brought the “calling cards” with her to Baltimore in 1883 when she installed and unveiled the bas-relief, Adoration of the Magi for the “colored” Chapel of St. Mary the Virgin on Baltimore’s Orchard Street.

Source: EgyptSearch Forums: For The Black People of This Forum…Just Because…