Slave Collars: The Harsh Punishment for Slaves Who Attempted to Runaway

Slave owners feared the escape or running away of their slaves. To lose a slave meant loss in a good day of work and if the slave was not captured the cost of the slave. In many cases it also meant the loss of respect from other slave owners, who felt the owners could not control their slaves. So, slaves who tried to escape on many plantations were punished harshly by law and then were made to wear a heavy iron necklace that was designed with long steams from the neck area. These long steams made it difficult for the slave to run without getting caught on brush.

The same type of iron necklace was designed with shackle bells that could be heard by every movement of the slave. Even the slave who spoke without being asked to do so to his master sometimes suffered the punishment of the iron mask. Some slaves who were thought to be stealing and eating the sugarcane during harvest time were also put in this mask to prevent them from tasting or eating the cane. 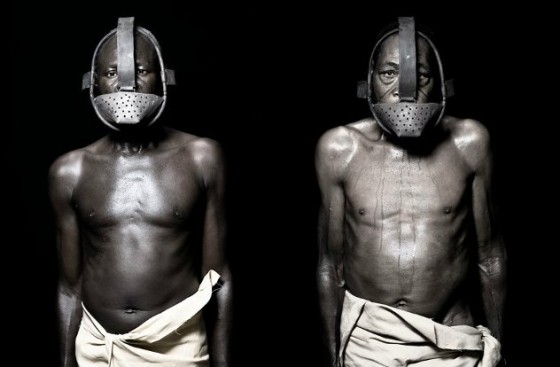 The law provided slaves with no types of  protection from their owners. On large plantations most of the power was delegated to overseers. These men were under considerable pressure from the plantation owners to maximize profits. They did this by bullying the slaves into increasing productivity and often taking severe measures to keep them from running off. The punishments used against slaves judged to be under-performing included the use of the whip. Sometimes slave-owners resorted to mutilating and branding slaves as they saw fit.

States with large numbers of slaves introduced their own slave codes. The main idea behind these codes was to keep the slaves under the tight control of their owners. The death-penalty was introduced for a whole range of offences. Slaves could be executed for murder, rape, burglary, arson and assault upon a white person. Plantation owners believed that this severe discipline would make the slaves too scared to rebel. However, the use of slave collars and whippings were used for lesser offenses but still were often brutal. Some slaves were sicken by the iron collars with tetanus and died from infection.