The Failed British Promise: What Really Happened To “The Book Of Negroes”

On July 21, 1782, as the final British ship left Savannah, more than 5,000 African Americans left for Jamaica or St. Augustine. Because they were the property of Loyalists, they never gained their freedom from slavery. About 300 blacks in Savannah did not evacuate and established a colony in the swamps of the Savannah River. The evacuation of Charleston in December 1782 saw the departure of more than 5,000 blacks. Over half were slaves still belonging to Loyalists; they went to the West Indies. Another 500 slaves went to east Florida.

Many of the Patriots’ slaves who sided with the British were promised their freedom. They sailed to New York, England, and Nova Scotia. In New York, the British created a registry of escaped slaves, called the “Book of Negroes”. The registry included details of their enslavement, escape, and service to the British. If their claim was believed, the slave received a certificate entitling him or her to transport out of New York. By the time the “The Book Of Negroes” was closed, it had the names of 1,336 men, 914 women, and 750 children, all of whom resettled in Nova Scotia. About 200 former slaves went to London as free people. 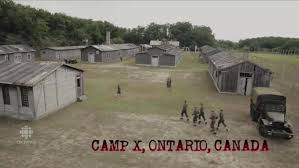 Because blacks living in London and Nova Scotia were faring no better than before the Revolution, a movement to relocate the blacks to Sierra Leone began. On January 15, 1792, 1,193 blacks left Halifax for West Africa and a new life.

African American Patriots who gave loyal service to the Continental Army found that the postwar military held no rewards for them. Some state legislatures, like Connecticut in 1784 and Massachusetts in 1785, banned all blacks, free or slave, from military service. Southern states banned all slaves from serving in militias, but some states allowed free men.

In 1792, the United States Congress formally excluded African Americans from military service, allowing only “free able-bodied white male citizens” to serve. Many slaves who fought did receive their freedom, but many others did not after their owners reneged on their promises to free them for service in the military.