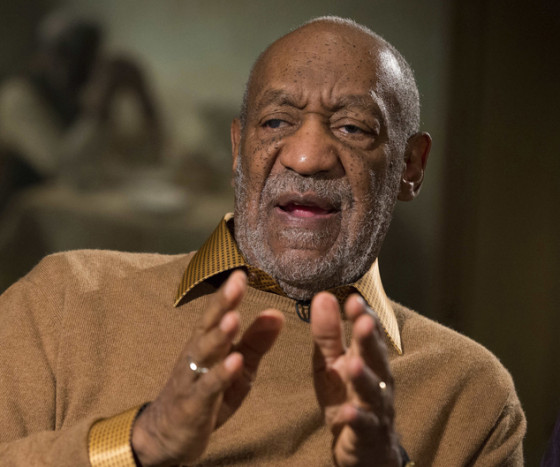 The Smithsonian now plans to acknowledge the sexual-assault allegations against Bill Cosby at a museum on the National Mall following a backlash.

The National Museum of African American History and Culture in Washington D.C  will display two items related to Cosby’s career in television and standup comedy.

It will include the cover of a Cosby comedy album and a comic book from his pioneering TV drama ‘I Spy’ as part of its exhibit on black entertainers and artists.

Initially, the museum planned to include historical facts about the items without mentioning the allegations, drawing criticism from some Cosby accusers.

The museum’s founding director, Lonnie Bunch, said in a statement Thursday that the display would address Cosby’s alleged behavior, although he did not specify exactly how. Cosby is best known for his role as the father in the 1980s television hit The Cosby Show, of raping them, often after plying them with alcohol or drugs, in incidents dating back decades.

The claims span experiences from the 1960s all the way to 2008, when Chloe Gains, 24, said the embattled film star spiked her drink during a party at the Playboy mansion.

Most of the alleged crimes date too far back to be prosecuted.

But just days before the statute of limitations was to expire, Pennsylvania officials late last year charged Cosby with sexually assaulting Constand in 2005.

Patricia Leary Steuer, 59, who says Cosby drugged her in an Atlantic City hotel suite, was one of the alleged victims who condemned the museum’s decision.

She told the Times: ‘If they just speak about the contributions, there will be this enormous presence that is not talked about.’

Kristina Ruehli, another woman who has accused Cosby of assault, said if the curators did include him, they should mention the accusations.

Beth Ferrier, who also says Cosby attacked her, agreed: ‘A label is the only way I would agree to it,’ she said. ‘We’ve been labeled.’

‘Like all of history, our interpretation of Bill Cosby is a work in progress, something that will continue to evolve as new evidence and insights come to the fore,’ Bunch said. ‘Visitors will leave the exhibition knowing more about Mr. Cosby’s impact on American entertainment, while recognizing that his legacy has been severely damaged by the recent accusations.’

Dozens of women have accused Cosby, 78, of sexual abuse. Cosby was charged last year with drugging and sexually assaulting a former Temple University worker at his suburban Philadelphia home in 2004, a case that is on hold amid an appeal. He also faces several civil lawsuits.