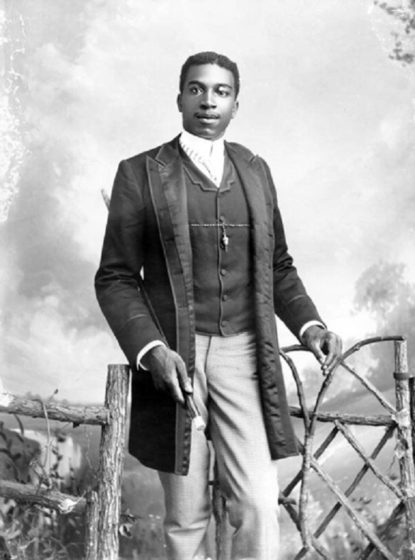 Thomas R. Street was an African American resident of Nevada during the Comstock era. Very little is known about his arrival to the state, in fact very little is known about Street. The major legacy left behind is the articulate and passionate speech he delivered in Virginia City, Nevada. He made his presentation during the Emancipation Proclamation anniversary celebration on January 1, 1864, while the Civil War still raged.

In Virginia City, a meeting was held at the First Baptist Church that featured a reading of the Emancipation Proclamation, a musical performance by a brass band, and dancing into the evening. A centerpiece of the event was a speech by Street, recounted in the Pacific Appeal on January 23, 1864. This speech is notable for its passionate and eloquent plea for justice and support for Lincoln and the cause of the Union. Its composition is skillful and reminiscent of the oratory of Frederick Douglass; in fact, Street closes with a quotation from the Irish orator John Philpot Curran that Douglass frequently quoted as well.

“I speak of the rights of the colored race; it is a subject about which there has been much of misrepresentation and much of the Anglo-Saxon what he calls social equality. We have as little desire for social equality with him, as he can have for social equality with us. We prefer to mix with our own people, to form our own society, to have our own customs, our own manners and our own destiny. The rights we ask are those which properly belong to every member of the human family, of whatever country or race, the right to eat what we earn, to enjoy unmolested our lives, liberty and property, and to be justly protected in the exercise of those rights by the Government which we aid in supporting and preserving.”

After this speech, Street’s activities and whereabouts vanished from the historic record. The only other information recorded is that Street died in Reno, Nevada, in 1873.