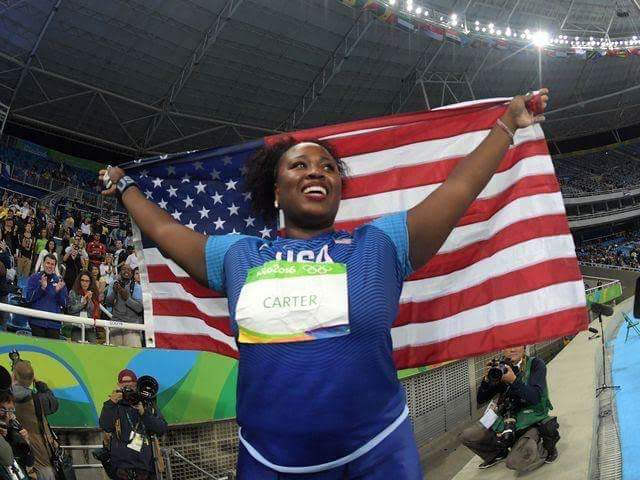 Michelle Carter won the shot put on today with a throw of 20.63 meters, the 1st gold by an American woman in the history of the event.

At 30, Carter is competing in her 3rd Olympics. She finished 15th at the 2008 Beijing Games and 5th in London in 2012, developing her skills with the help of her coach and father, Michael, who won silver in the shot put at the 1984 Los Angeles games.

The Carters are the 1st father-daughter tandem to both medal in the shot put.

Carter joined Earlene Brown, who took bronze in 1960, as the only women to medal in shot put since the discipline was opened up to women in 1948.