The Walnut Ridge Race War of 1912 occurred when a violent night riding group of white vigilantes decided to run all the black residents away from the city of Walnut Ridge, Arkansas. The group managed to drive black laborers from certain local jobs because the vigiliantes wanted them for themselves.

In early April 1912, notices signed by “Kit Karson and Band” began popping up across Walnut Ridge ordering blacks to leave the city. However, some of the white citizens who saw the signs responded to the group with their own warning, “We will protect our help and prosecute you to the limit of the law. Furthermore, the white people will arm their servants with instructions to shoot the first intruders who disturb them.” The end of the notice read, “When you go after the nigger, be sure you are not caught.”

Regardless of the warnings, on the night of April 19, a crowd of unidentified white men bombed the home of one black family and fired upon another house. The group also terrorized the black area of the city for several hours. Several “prominent citizens” of Walnut Ridge communicated with Governor George W. Donaghey that night, expressing “fears that bloodshed would result if immediate action was not taken.”

In response, the governor called out the local militia to restore order throughout the region. But by the time the militia arrived in the city, half of an estimated black population of 400 was reported to have fled. No one was ever arrested or charged. 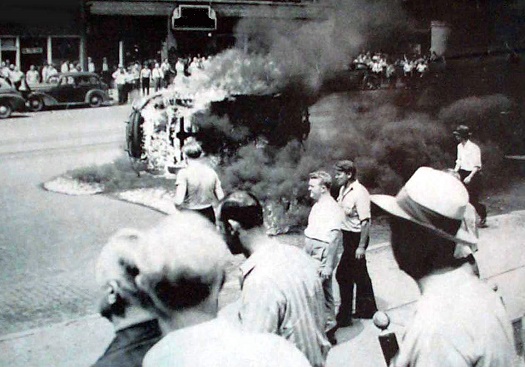