Have you ever wondered how the Blacks from Africa reached the North American territory in the 17th century? Well, the answer is quite simple and will give you enough knowledge to know how this poor race became slaves to the other most powerful race in the world. It was in the early 17th century when growing North American colonies required extra labor needs and to satisfy that White European settlers became the utmost source of providing plentiful yet cheaper source of labor that was African slaves.

In the year 1619, it was Dutch ship that brought around 20 Africans at the shores of the British colony of Jamestown in Virginia, and this is how slavery in North America spread as quickly as an epidemic in the American colonies. The accurate figures are still unknown but according to an estimate done by some historians, around 6-7 million slaves were brought to the New World during the great 18th century alone. These men and women were the healthiest and ablest people of Africa that deprived the resources of the developing country.

After the so-called American Revolution, many colonists, particularly the ones for whom slavery was unimportant started oppressing slavery over their oppression by the great British. The two slaveholders from Virginia, George Washington, and Thomas Jefferson took some serious steps to limit the slavery in the newly freed nation. However, the Constitution acknowledged the situation and made sure anyone can have the right to possess service or labor. By the end of 18th century, many Northern states of American eradicated slavery services but sadly the slavery verdict was still happening in the Southern region where Blacks all together made a big minority, and the source of living was in the production of tobacco and cotton.

After so much struggle and hardships faced by the Black slaves, the Congress made a firm decision and outlawed the import of new slaves from Africa in 1808. But to all this, the population of slaves nearly tripled over the 50 years, and by the end of 1860, it reached around 4 million in figures. Where half of the Black population lived in the cotton-producing states of South hence made the Blacks continue their slavery in reality. 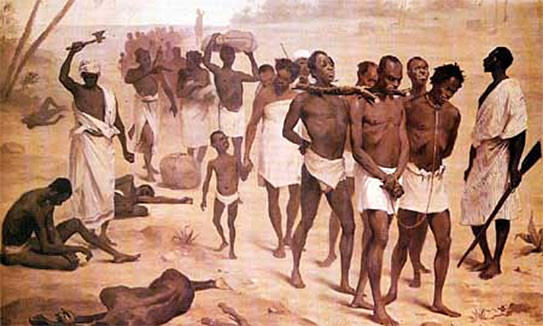