1960 Sit-In at Hooper’s Restaurant in Maryland 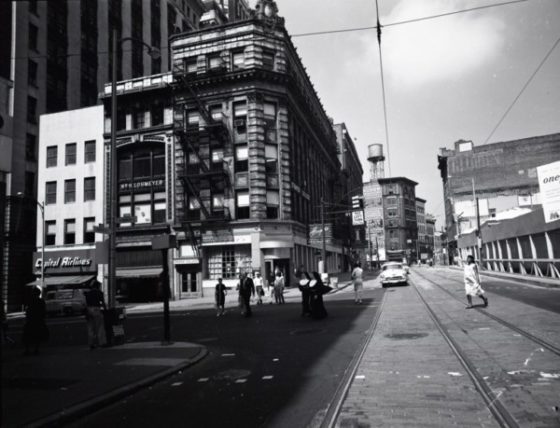 The afternoon of June 17, 1960, a group of African American students from Dunbar High School entered Hooper’s restaurant in Maryland. The group was met by a white hostess  who said she wouldn’t seat them. “I’m sorry, but we haven’t integrated as yet,” she informed them. However, the group ignored her and pushed past her to sit down anyway. The police were called, and the 12 demonstrators, were charged with trespassing.

A few months after the protest, a judge convicted the group of trespassing and fined them $10 each, though the fines were suspended. Their convictions were later upheld by Maryland’s highest court. The court wrote that “the right to speak freely and to make public protest does not import a right to invade or remain upon the property of private citizens.”

Lawyers for the students appealed their case (Bell v. Maryland) all the way to the U.S. Supreme Court, which ultimately overturned the trespassing convictions and helped pave the way for passage of the landmark Civil Rights Act of 1964.

The Supreme Courts ruling in 1964 was a big disappointment. By then, four years after the sit-in at Hooper’s, Maryland had changed its laws so that businesses could not deny customers service based on their race. As a result, a majority of justices decided to send the case back to Maryland’s highest court, asking it to reconsider the case in light of the new laws. But even some of the Supreme Court justices were upset that their court ducked the constitutional questions in the case.

“There is no specific provision in the Constitution which protects rights of privacy and enables restaurant owners to refuse service to Negroes,” Justice William O. Douglas wrote in a separate opinion. The case ended uneventfully.

The sit-in at Hooper’s followed others nationwide. In years which followed, students sat down at a lunch counter at a Woolworth’s in Greensboro, N.C., igniting sit-ins to campaign for equal treatment for African-Americans.