Barrett Strong: Credit With Being First Male Artist to Record a Hit for Motown 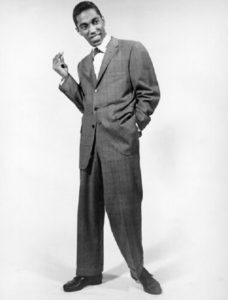 Barrett Strong is an American singer and songwriter. Strong was among the first artists to sign to Berry Gordy’s Tamla Record. He is credited with being the first male artist to record a hit for Motown, “Money (That’s What I Want which reached No. 2 in 1960. He was inducted into the Songwriters Hall of Fame in 2004.

Strong was born on February 5, 1941, in West Point, Mississippi. Very little else is known about his childhood.

In the mid-1960s, Strong became a Motown writer lyricist, teaming with producer Norman Whitfield. Together, they wrote some of the most successful and critically acclaimed soul songs ever to be released by Motown, including “I Heard It Through the Grapevine” by both Marvin Gaye and Gladys Knight & the Pips; “War” by Edwin Starr; “Wherever I Lay My Hat (That’s My Home)” by Paul Young; Smiling Faces Sometimes” by the Undisputed Truth; and the long line of “psychedelic soul” records by the Temptations, including “Cloud Nine”, “I Can’t Get Next to You”, “Psychedelic Shack”, and “Papa Was a Rollin’ Stone”, amongst others. Strong received a Grammy Award for Best R&B Song in 1973 for “Papa Was a Rollin’ Stone.”