Charles Sidney Gilpin was one of the most highly regarded actors of the 1920s. Gilpin was the first African-American to receive the Drama League of New York’s Annual Award. He is best known for his portrayal of Brutus ones in Eugene O’Neill’s “Emperor Jones.”

Gilpin was born in Richmond, Virginia in 1878. As a young boy, Gilpin attended St. Francis School, a Catholic institution for children of color until the age of 12. He later served as a printer’s assistant.

Early on, Gilpin showed the potential to be a singer and appeared in several amateur theatricals in Richmond. He moved to Philadelphia in the early 1890s. He worked for the Philadelphia Standard, but was let go when employees began complaining about working with a black person. He later began touring with several minstrel and vaudeville shows between 1896 and 1904. 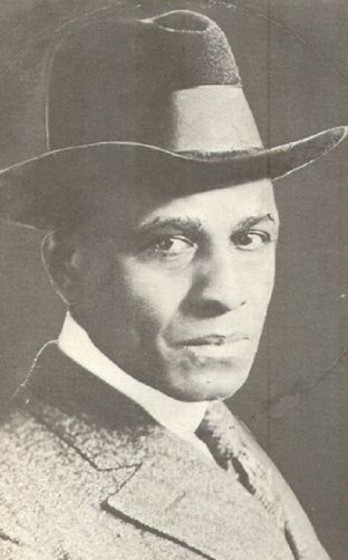 In 1906, Gilpin sang with the male chorus in Bert Williams and George Walker’s Abyssinia on Broadway and went on tour with the production. After the tour, Gilpin founded the Pekin Stock Company at Robert T. Motts’s famed Pekin Theatre Company in Chicago. Between jobs, Gilpin worked as a barber, Pullman porter, and elevator operator.

He was hired to play Reverend Custis, a former slave, in John Drinkwater’s Abraham Lincoln on Broadway in 1919. A year later, he landed the title role in Emperor Jones at the Neighborhood Playhouse in New York City for a short run.

In 1921, Gilpin’s work was nationally recognized. He was named by the Drama League of New York as one of the ten best artists who had made valuable contributions to American Theater. He died at the age of 52.