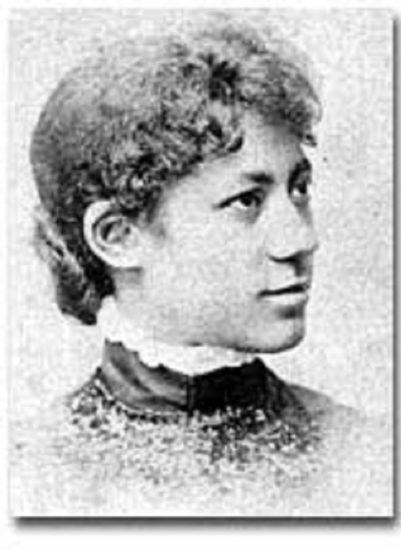 Carrie Williams Clifford was an author and activist in the women’s rights and civil rights movements in the United States of America.

Clifford was born in Chillicothe, Ohio. Little is known about her early years except that she attended high school in Columbus, Ohio and was known to be a brilliant student. Before leaving Ohio, she was married to William H. Clifford, a lawyer and outspoken Republican member of the Ohio State Legislature.

She founded the Minerva Reading Club. During the late nineteenth century, a literary club offered its members an opportunity for social improvement, leadership skill development and a forum for increased educational opportunity and awareness of racial issues. Poetry readings, musical performances and oratory contests were all a part of the literary club experience.

Clifford’s writing skills developed as she presented poetry and short stories to her group. This led to her involvement with the National Association of Colored Women (NACW). Her hard work and considerable abilities benefited the Cleveland organization, and in 1901, when the need for a state organization was realized, she founded the Ohio Federation of Colored Women’s Clubs (OFCWC), the first organization of its kind in the nation.

Serving as president of the OFCWC, Clifford used her exceptional organization and writing skills to focus on family, community, women’s rights and racial issues. She served as editor-in–chief of the women’s edition of the Cleveland Journal and was a contributor to publications, including Alexander’s Magazine.

Around 1910, Clifford moved to Washington, D.C. and her literary and humanitarian activities accelerated. With Howard University nearby, Clifford opened her home for literary salons, where black intellectuals gathered for literary and political discussions. Among her guests were Mary Church Terrell, W. E. B. DuBois, Alain Locke, Georgia Douglas Johnson, Charles Chesnutt and others.

When the NAACP was formed in 1910, Clifford was among the prominent women who held leadership roles, stemming from her work in the pioneering Niagara Movement. Clifford died in 1934 and was buried at Woodland Cemetery in Cleveland, Ohio.