Freeman Beach, located near Wilmington, North Carolina, was among one of the two beaches in the state available to Black people during the Jim Crow era. 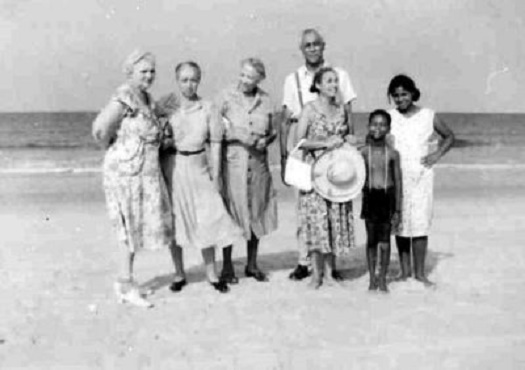 The beach consisted of 99 acres of beachfront land that was underdeveloped near Myrtle Grove Sound. It had been acquired by former slaves Alexander and Charity Freeman, who were of mixed African and American Indian heritage. Alexander Freeman worked as a fisherman and purchased the beach in 1855. By the time of his death in 1872, he had acquired around 180 acres.

By 1876, Robert Bruce Freeman, Sr., a descendant of Alexander Freeman, bought an additional 2,500 acres for $1 an acre. At his death, Robert Bruce Freeman, Jr. parceled the land in tracts to various relatives, creating several self-supporting waterfront properties. The beach community became home to a number of African-American families.

From the 1920s through the 1960s, the beach was a prosperous, popular attraction for vacationers, with three hotels, ten restaurants, dozens of rental cottages, a boat pier, a bingo parlor, and a small amusement park. During the summer months, thousands of visitors flocked to the area.

Unfortunately, the beach started to decline in the 1950s. Land erosion increased after the opening of the artificial Carolina Beach Inlet in 1952. Freeman Beach suffered major damage from Hurricane Hazel in 1954.

By the late 1960s, when desegregation opened other beaches to African Americans, Freeman Beach lost many of its summer visitors. Several older landmarks were blown down or washed away by hurricanes in the 1990s, symbolizing an area long in decline.

However, the beach did survive as a close-knit residential community. Most homeowners continued to live in the area and even attracted some retirees.