George L. Burney was a civil and human rights activist in Louisville, KY for nearly 60 years. His activism dated back to 1954, when he along with Bishop C. Eubank Tucker conducted a sit-in in the “whites–only’’ section that led to the integration of the Louisville bus terminal.

As the leader of PRIDE (People’s Rights in Demanding Equality), he was best known for his annual Dr. Martin Luther King Jr. motorcade and memorial service, which began with 10 cars and multiplied to the hundreds that participated annually to honor the slain civil rights leader each January.

Burney was a successful bandleader and dancer who toured with the Bob Hope Show, and was part of an integrated group during times of segregation, along with Duke Ellington, Red Foxx, Della Reese, Etta James, Joe Tex and Lionel Hampton. He became one of McNari’s Dancing Dolls, a troupe of students that performed at local events. He made his professional debut dancing on WAVE-TV with Cliff Butler’s band in 1948. In 1954, Burney became the first black disc jockey on WLOU-AM radio.

For years, Burney lived in Oregon and Alaska before returning to his hometown in 1971. He organized PRIDE while in Portland, Ore., where white firefighters were refusing to ride with black firefighters. He fought for positive social change through voter registration and education. He helped organize food, toy and clothes drives for the needy during holidays. He also encouraged education leaders to improve programs for minorities. Burney  fought for job equality for minorities and women and has helped find lawyers for those who can’t afford them. He worked with youth to end violence and complete their education. He later established the Louisville chapter of PRIDE in 1972. 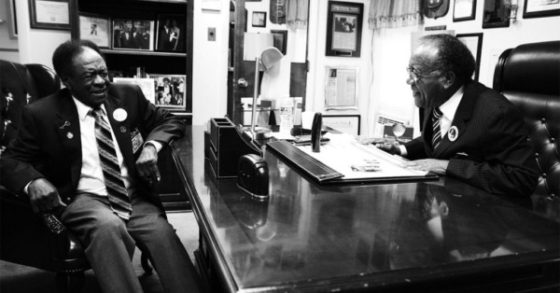 George L. Burney Sr
« Previous Post[Poem] For Malcolm, A Year After by Etheridge Knight Next Post »16 Things That Made African King Shaka Zulu One Of The Greatest Military Minds In History