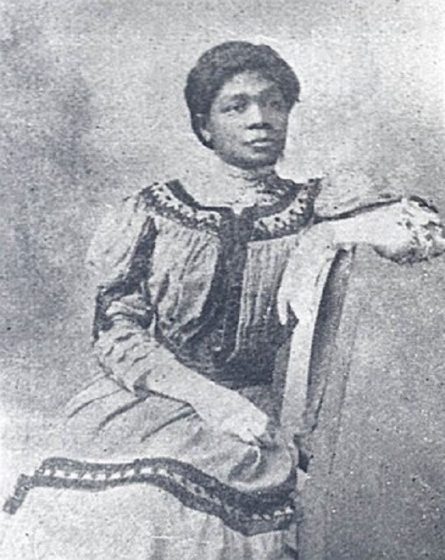 Harriet “Hattie” Redmond was a leader in the long struggle for Oregon woman suffrage, especially during the successful campaign of 1912. The right to vote was especially important to Redmond as a black woman living in a state that had codified black exclusion laws in its constitution. Redmond’s work for voting rights helped lay the groundwork for the Black Civil Rights movement of the mid-twentieth century.

Redmond was born in about 1862 in St. Louis, Missouri, the oldest of eight children. Both her parents were emancipated slaves who instilled their quest for freedom and full citizenship in their daughter. The family lived briefly in Hood River, Oregon, before permanently settling in Portland by 1880. There they became a prominent family in the city’s nascent African American community of several hundred people. Vina Crawford worked as a domestic, and Reuben Crawford worked as a skilled ship caulker. He was also active in the Republican Lincoln Club and the Portland Colored Immigration Society. The family attended the Mt. Olivet Baptist Church on Northwest Seventh (now Broadway) and Everett after its founding in 1907. Hattie Redmond held suffrage meetings and lectures at the church in 1912.

On November 27, 1893, Hattie Crawford married Emerson Redmond, who worked as a waiter at Portland’s elite hotels during his career, notably the Portland Hotel. The couple had no children. Emerson Redmond died at the age of forty-four at the Multnomah County Poor Farm on March 26, 1907.

Hattie Redmond’s civic activities centered on the Oregon Colored Women’s Council (later named the Oregon Colored Women’s Club) and the Portland YWCA. During the campaign for woman suffrage in Oregon in 1912, she was president of the Colored Women’s Equal Suffrage Association. She organized meetings and educational lectures on woman suffrage at Mt. Olivet First Baptist Church and served on the State Central Campaign Committee. Following the triumph of the woman suffrage vote on November 5, 1912, she used her newly gained right by registering to vote in April 1913. Hattie Redmond died of bronchial pneumonia on June 27, 1952, at the age of ninety.