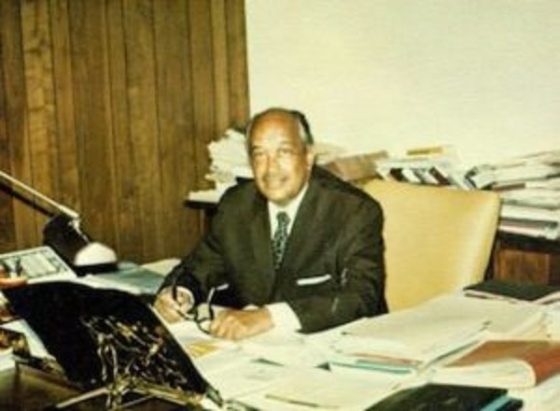 Herman Russell Branson was an African-American physicist, chemist, best known for his research on the alpha helix protein structure, and was also the president of two colleges.

Branson was born in 1914 in Pocahontas, Virginia. He received his B.S. from Virginia State College in 1936, and his Ph.D. in physics from the University of Cincinnati, under the direction of Boris Padowski, in 1939.

After a stint at Dillard University, he joined Howard University in 1941 as an assistant professor of physics and chemistry. He remained at Howard for 27 years, achieving increasingly important positions, eventually becoming head of the physics department, director of a program in experimental science and mathematics, and working on the Office of Naval Research and Atomic Energy Commission Projects in Physics at Howard University.

From 1968 to 1970, Branson was selected as President of Central State University. In 1970, he became the President of Lincoln University and served until his retirement in 1985. Branson was co-inventor of the alpha helix and perhaps deserved a share of the Nobel Prize. Herman Branson died on June 7, 1995.