John Cheatham was one of the first African-American firefighters in Minneapolis. Cheatham had a distinguished career within the department, holding several positions and receiving numerous promotions.

Born into slavery in St. Louis, Missouri, he was freed on January 1, 1863, when the Emancipation Proclamation went into effect. Shortly afterward, his family moved to Minneapolis, where he attended school. After graduation, he held a number of jobs, including porter and church sexton.

Cheatham was one of 37 men appointed to the Minneapolis Fire Department. It is believed that Cheatham could have actually been the first Black Minneapolis firefighter; however, the records from that time are not clear. He had a distinguished career within the department, as he held many positions and received numerous promotions. He began as a pipe man and was promoted to a driver after three years. Less than three years later, he was promoted to lieutenant. On January 1, 1899, he was promoted to captain.

In 1907, Cheatham and two other African-American firefighters, Lafayette Mason and Frank Harris, were placed in charge of the Minnehaha Fire Station located at the intersection of 45th Street and Hiawatha Avenue. Their appointment met with resistance from some local residents who circulated a petition demanding that the men be replaced by white firefighters on “general principle.” That was “strenuously resisted” by another group of residents who circulated a petition in support of the firefighters.

Cheatham’s response to the situation was that all he wanted was “a chance to educate my children and get them started right.” He described the move to replace him as “drawing the color line and drawing it stiff.” His supporters were successful, and John Cheatham remained at the Minnehaha Fire Station until his retirement. He died on August 15, 1918. 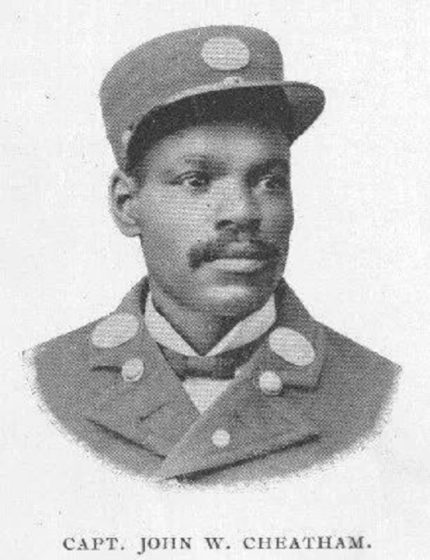