Dr. Vada Watson Somerville was an engaged civil rights activist, and one of the first American black women to have a career in medicine.
Watson was born on November 1, 1885, in Pomona, California. In 1903, she received a scholarship through the Los Angeles Times newspaper to attend the University of Southern California. While in school, she met and married John Somerville, a doctor of dental surgery.

Because there was a high chance that her husband, John Somerville would be drafted into military service, Vada decided to study dentistry at USC so that she could continue to treat John’s patients in the case that he was called to serve.

Somerville retired from dentistry in 1933, when she was 48 years old. She found a new calling in civil rights activism and devote her time to participating various community organizations. She later made the decision to devote herself full-time to “social welfare and civic work.” Organizations which Somerville joined included the Los Angeles League of Women Voters, the Council on Public Affairs, UCLA’s YWCA and the USC Half Century Club. In 1927, Vada and John broke ground for the Hotel Somerville in Los Angeles—described in Black Women in America as “an elegant, all-Black hostelry that symbolized both the possibilities of racial advancement and the realities of racial segregation.”

In 1927, the Somerville’s founded the Hotel Somerville in Los Angeles—described in Black Women in America as “an elegant, all-Black hostelry that symbolized both the possibilities of racial advancement and the realities of racial segregation.” The hotel became a well-known gathering place for African Americans wanting social change as well as an example of how the educated black class was beginning to contribute new status and ideas into the discussion of race in America. Vada dedicated much of her life to the bettering of fellow black women’s lives. By 1938, Vada had become an active member in the establishment of the Los Angeles chapter of the National Council of Negro Women. Dr. Vada Somerville died on October 28, 1972, in her home in Los Angeles, California. 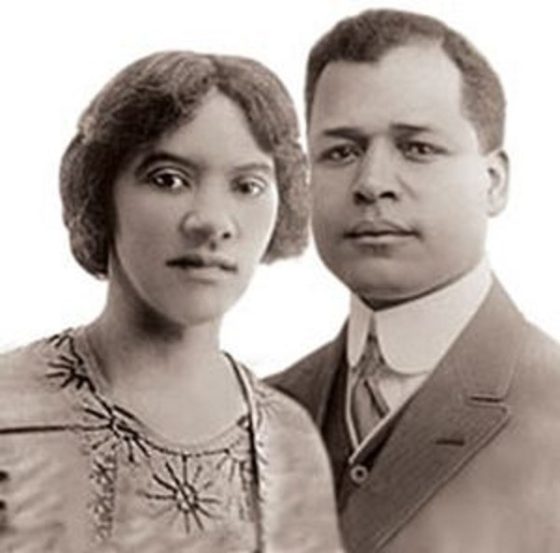