John Ezzidio was a freed slave from Nigeria who became a successful businessman and politician in Sierra Leone. As a young boy, Ezzidio was kidnapped and taken to a populated area by Yoruba. In 1827, he was sold to white slave traders who put him on board a ship bound for Brazil. He along with 54 other slaves were rescued from the slave ship by the Royal Navy.

He later became an apprentice to a French shopkeeper and taught himself how to read and write. After the death of the shopkeeper, he was hired by an English establishment. Ezzidio managed a European-owned shop and then used the money to start his own trading firm.

In 1835, he joined the Wesleyan Methodist Society. Being active in church affairs, he became the class leader and a local preacher. The general superintendent of the Wesleyan Mission, Rev. Thomas Dove, was so impressed by Ezzidio’s qualities that in 1842, he took him to visit England, where he was introduced  to wholesale firms.

Ezzidio was then able to make deals with companies based in the country by importing directly, which allowed him to eliminate the middlemen. Products were sent to his property had a total value between three and four hundred dollars per year, such as clothing, boots, ham, tea, and wine.

In 1844, William Ferguson, Governor of Sierra Leone, appointed Ezzidio as alderman; a year later, he became Mayor of Freetown. Often referred to as the “dancing bear” because of his high energy, he was also known as an unobstructive person who treated people with fairness. Ezzidio died in 1872. 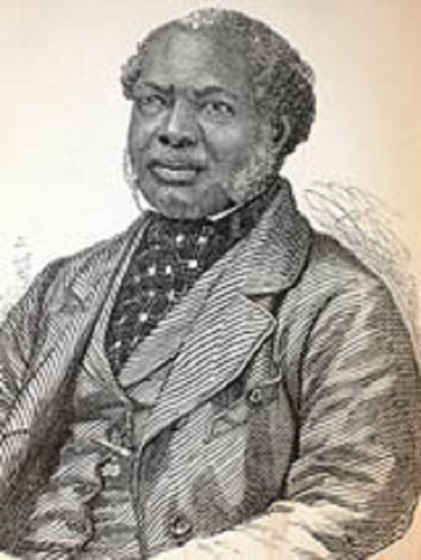