Nella Larsen was an African-American novelist who wrote several pieces during the Harlem Renaissance. Larsen’s work was recognized as being of great quality by her peers and critics. She went by several different names throughout her life, including Nellie Walker, Nellye Larson, Nellie Larsen and, finally, Nella Larsen as well as by her married name Nella Larsen Imes.

Larsen was born in 1891 as Nellie Walker, the daughter of a Danish woman and a West Indian man of color. Her mother later married a white man. As a result, she grew up as the black child of a lower-middle-class white household. She was sent to attend Fisk University out of shame of her family because of her race. 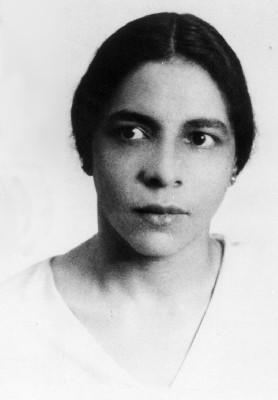 In 1912, she enrolled in nursing school at New York’s Lincoln Hospital. After graduating in 1915, she moved to Alabama where she became a head nurse at a hospital and training school. She married in 1919 and later published her first literary work pieces in 1930. She left the nursing field and began working as a librarian. In 1926, she began actively writing and published Quicksand in 1927. She died in 1964 not knowing any of her white relatives because they wanted nothing to do with her.