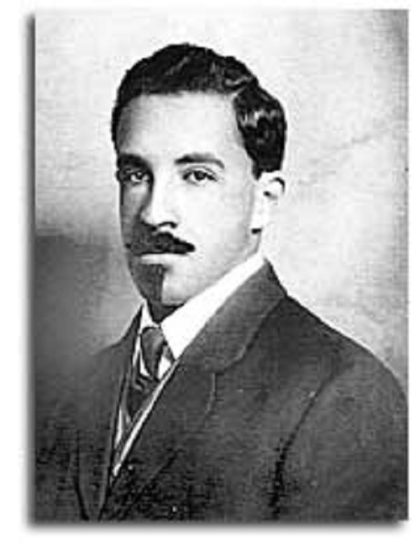 Thomas Montgomery Gregory was key in cultivating and nurturing the concept of a National Negro Theater Movement during the early decades of the 20th century against the backdrop of an 80-year-old minstrel tradition and the popularity of Black-themed dramatic works by white writers, underscored by the commercially fledgling efforts of Black playwrights in America.

Gregory was a native of Washington. His mother, Fannie Emma Hagan, a former Howard student of Madagascan descent, was an independent-minded woman, who, while a Howard faculty spouse, mentored young students and devoted much of her life to the upliftment of “colored women.”

He was educated at Williston Seminary (1902-1906), then Harvard University, where he was a member and also president of the varsity debating team, graduating in the celebrated Class of 1910 which included T.S. Eliot, Walter Lippmann and John Reed. His father, James Monroe Gregory, who transferred from Oberlin College in 1868 to become the first student enrolled in Howard University’s College Department, was in the university’s first graduating class of three men, and stayed on as a member of the faculty.

After completing his studies at Harvard University, Montgomery Gregory was appointed English Instructor at Howard, rising quickly to Professor and, in 1919, Head of department.

In 1919 Gregory founded the acclaimed college theater troupe, The Howard Player.  Gregory was the organizer of the Howard University Department of Dramatic Art and Public Speaking (1921) and co-creator with Alain Locke of The Stylus literary club (1916).

He was appointed the first director of the drama department and was joined in his efforts by acting coach Marie Moore Forrest, and acclaimed New York stage designer Cleon Throckmorton of the Provincetown Players. The department’s course in Pageantry and Drama was the first of its kind in the U.S. to be offered for credit.

Early in Gregory’s career, he began to formulate the notion that the Black race could, and should necessarily, use the arts as a means for social change. He articulated his “empowerment through artistic achievement” framework in “Race in Art,” an article for The Citizen, a Boston-based magazine, published in 1915 by Charles F. Lane, with Gregory, George W. Ellis, and William Stanley Braithwaite.

Through his work at Howard, Gregory generated national interest in legitimate Black drama, collaborating with important playwrights such as Willis Richardson, Paul Green, and Eugene O’Neill, and creating, via The Howard Players, a critically acclaimed forum for student-written plays and performances. George Pierce Baker of the 47 Workshop at Harvard University cited The Howard Players as one of the two most creative college theater companies in the United States, with The Carolina Playmakers of the University of North Carolina being the other.

In 1927, Gregory contributed “The Negro in Drama” to the 14th edition of the Encyclopedia Britannica. In late winter, Gregory and Locke’s Plays of Negro Life was published.