According To Unsealed Documents, Bill Cosby Admitted He Got Drugs To Give To Women For Sex 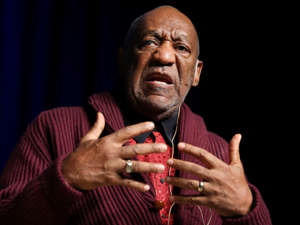 PHILADELPHIA (AP) — Bill Cosby admitted in 2005 that he secured quaaludes with the intent of giving them to young women he wanted to have sex with and that he gave the sedative to at least one woman and “other people,” according to documents obtained Monday by The Associated Press.

Cosbys lawyers insisted that two of the accusers knew they were taking quaaludes from the comedian, according to the unsealed documents.

Nevertheless, attorneys for some of the numerous women suing Cosby seized on the testimony as powerful corroboration of what they have been saying all along: that he drugged and raped women.

The AP had gone to court to compel the release of a deposition in a sexual-abuse case filed by former Temple University employee Andrea Constand, the first of a cascade of lawsuits against him that have severely damaged his good-guy image.

« Previous PostMattie Mayes: Matriarch of the Shiloh People (Saskatchewan) Next Post »Dr. Pearleen Oliver: Co-Founder of the Nova Scotia Association for the Advancement of Colored People