Anne Spencer was a poet, teacher, librarian, and a civil rights activist. She was the first African-American to have her poetry included in the Norton Anthology of American Poetry.

Spencer was born Annie Bethel Bannister on February 6, 1882, in Henry County, Virginia, where both her parents worked on a plantation. She grew up an only child, and therefore, her parents were able to give her the best they could afford. Her parents eventually separated, and Spencer moved with her mother to West Virginia where they settled in Bramwell, a town that was accepted blacks and immigrants.

Spencer was sent to Lynchburg to be enrolled in the Virginia Seminary in 1893 at 11 years old. Despite having no formal schooling before attending the seminary, Spencer excelled at the Virginia Seminary. She delivered the valedictory address at her graduation in 1899. She returned to Bramwell after graduation and worked as a teacher in Elkhorn and Maybeury, West Virginia, until 1901.

Anne Spencer’s began her literary career while attending Virginia Seminary. During that period, she wrote her first poem, “The Skeptic,” of which there are no records. She continued to write poetry throughout her life.

While in the planning stages for opening a chapter of the NAACP in Lynchburg, Spencer hosted James Weldon Johnson in her home, a traveling representative for the organization. It was during his visit in 1919 that Johnson discovered Annie’s poetry. Working through H.L. Mencken, Johnson’s own editor, Spencer’s published her first poem, “Before the Feast at Shushan,” in the February 1920 issue of The Crisis. Spencer died in 1975, she was 93. 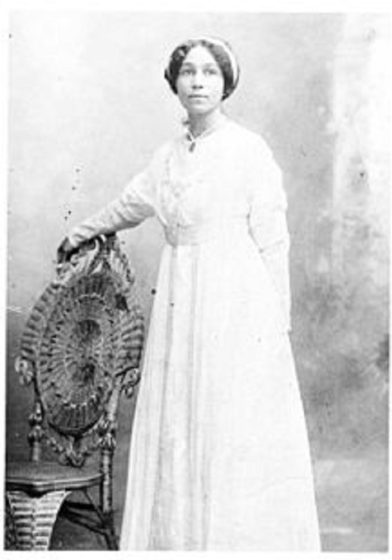