Black pirates around the Caribbean aren’t a rarity. Many of the infamous pirates of the two major periods in pirate history—Spain’s dominance of the Caribbean and the Golden Age—saw crews made up mostly of escaped and freed slaves. During the early 17th century one of those were Diego Martin, one of several pirates known as Diego el Mulato.

Hailing from Havana, Diego el Mulato was a former slave who escaped Havana in 1629. Taking up work as a pirate, he joined Daniel Elfrith out of Providence Island. Diego el Mulato would work with the Dutch corsairs during 1633 under Cornelis Jol. In one of his most well-known raids, he and Jol led a force of 500 men and ten ships to terrorize Campeche that summer. After taking the city, they demanded a ransom which wasn’t paid. Campeche was razed as a result.

Towards the end of the 1630s, Diego el Mulato Martin was still with the Dutch corsairs. This was a prime spot for more adventurous pirates since the prized Spanish treasure fleets often sailed through the region. This fleet often featured the high armed treasure galleon which was brimming with riches and accompanied by armed ships.

In an account from English priest turned businessman, Thomas Gage, he was in route to England after almost 30 years away. In the winter of 1637, Diego el Mulato’s ship sailed up on the ship taking the ship he was on. Gage, a rich man because of his dealings in Mexico, lost most the wealth in the attack.

During this period, the colonial superpowers were in heated competition for towns. Alliances were formed and broken and towns flew different flags regularly. Diego el Mulato Martin would send a letter to Havana offering to sail under King Philip IV of Spain.

His dreaded reputation was known to the Spanish and the Dutch by this time. As a result, Diego el Mulato was given a commission and began targeting Spain’s opponents in the Caribbean later that year. 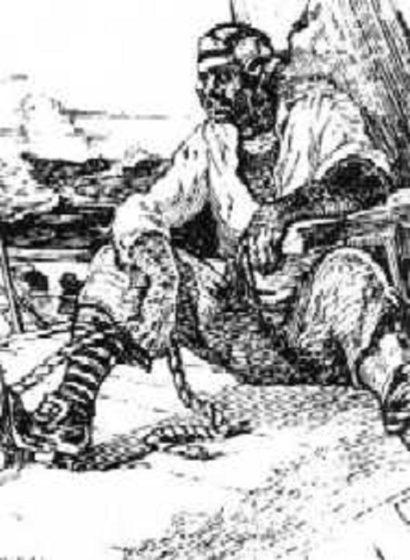