In our first entry about Bobo Brazil, we went into his early career and how he found himself in the wrestling business. Now we’ll go into role his in the Detroit territory and beyond.

BOBO BRAZIL AND THE SHEIK FOREVER

Of all the things he had to make a star, he always had a great opponent. Brazil’s career-long opponent was wrestler and promoter The (Original) Sheik. A violent, bloodthirsty first generation brawler, The Sheik played up a rich sheik and madman to perfection.

He attacked opponents with pencils and is often revered as one of the pioneers of the violent side of hardcore wrestling. The Original Sheik was said to be from Syria and never spoke, a gimmick his nephew “The Homicidal, Suicidal, Genocidal” Sabu and “The Madman From the Sudan” Abdullah the Butcher would take up.

Debuting two years after the Sheik made his debut, Brazil engaged in a feud starting in the mid or late 1950s and running for close to four decades. Their feud ran throughout the midwest and Great Lakes area. However, the crown arena of The Sheik-booked Big Time Wrestling in the Detroit territory was Cobo Hall. Several feuds with The Sheik, Dick the Bruiser, and others drew well. 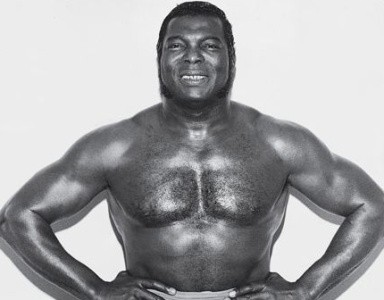 In 1968, became the NWA United States Champion for the Detroit area making him the territory’s top champion. Six years prior in October 1962, he would actually defeat “Nature Boy” Buddy Rogers for the NWA World Champion, the main title of the National Wrestling Alliance and the larger World Heavyweight of this period in territory history.

The reign isn’t officially recognized by most wrestling historians but the win is acknowledged. This is because Brazil refused the title since Rogers claimed to fight Brazil while “injured”. When “doctors” found that Rogers wasn’t injured he was given the championship.

Like many stars of the territories, Bobo Brazil would make his way to wrestle on WWWF shows in the 1960s and 1970s getting a big non-title match against the WWWF’s World Champion Bruno Sammartino. Like Brazil with Black fans and Pedro Morales—another World Champion—with Puerto Rican fans, Bruno was huge among Italian-American fans at the time.

While in the WWWF, Brazil would become the first and last United States Heavyweight Champion, winning the belt seven times. At this time, Brazil is often involved with the U.S. Heavyweight Title in multiple territories.

By the end of his career, Bobo Brazil had racked up main event Heavyweight titles in almost every territory he appeared in. Into the 1980s he was still a man eventer in the Detroit area.

As his career started to slow down, Brazil helped Dwayne “The Rock” Johnson’s father “Soulman” Rocky Johnson during his early years in the business. He eventually retired in 1993 and was inducted into the WWF/E Hall of Fame in 1994 by “Big Cat” Ernie Ladd. We would return the favor in 1995, inducing Ladd.

Bobo Brazil would pass in January 1998. Finally, ten years later he was inducted into the Professional Wrestling Hall of Fame and Museum. He was a first generation wrestler with his son wrestling as Bobo Brazil Jr. He was married to a former women’s wrestler, Kathleen Wimberly until his death.