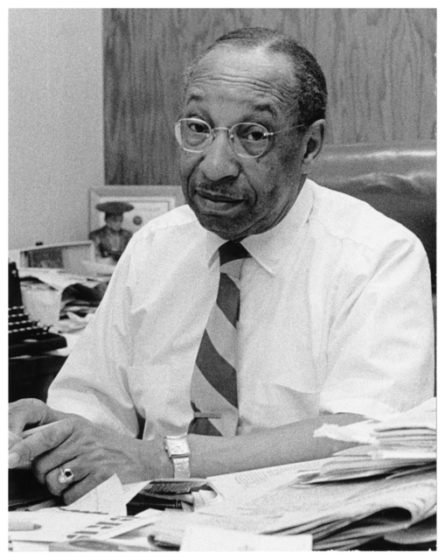 Cecil Newman was an newspaper publisher and businessman. In 1932, he published the Timely Digest, a weekly magazine, and in 1934, he became editor and publisher of the Minneapolis Spokesman and the St. Paul Recorder. He was a prominent leader throughout his community.

Newman was born on July 25, 1903, in Kansas City, Missouri. He was the grandson of former slaves from Tennessee and Missouri. His father worked as an attendant at a private, white-owned and operated club.

As a young child, Newman sold papers to make extra money and worked in the office for the local Black Newspaper, The Kansas City Call. He married Willa Coleman before graduating high school; after their first child was born, he moved his family to Minneapolis.

He was recognized as the first Black president of the Minneapolis Urban League in 1948. For over 50 years, his influence shaped opportunities for Black people and provided them with a source of news and information not found in local white newspapers throughout the state.

In 1965, he received an honorary Doctorate of Laws Degree from Allen University, South Carolina. Newman died in 1976.