Historical Relevance of Nooses and Ayala’s Challenge on Death Penalty

For several centuries, the death penalty, which is also referred to as ‘capital punishment’ has been one of the most renounced methods of criminal penalties since the beginning of human civilization, especially, for those involved in the human killings. However, for the last few decades, this act has triggered an important topic of discussion, which been at the center of controversial debates on criminal justice. One of the ways of implementing this form of punishment has been the use of nooses for hanging criminals during their executions. In the United States, a country dominated by people from several origins and races, the debates on the topic of the death penalty and criminal justice have never ceased. 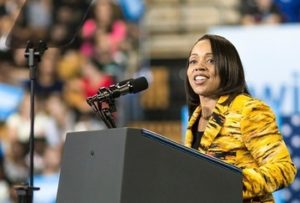 When reminded of the story of nooses, African-American remember their most difficult times of slavery and post-slavery, when the only way of punishing them was by noose hangings. Caught at the center of the controversies surrounding death penalty, Aramis Ayala has been challenging the employment of capital punishment as a way of delivering criminal justice. Ayala was the first African-American to be elected to Florida’s state attorney. Currently, Ayala serves the counties of Orange and Osceola. She has been a controversial prosecutor, famously known for her firm stand and refusal to seek the death penalty. Ayala has aggressively challenged the use of capital punishment in Florida, a state known for its aggressive used of capital punishments. Sticking to her stand, Ayala filed a lot of ugly rhetoric and racist comments from her neighbors.

Since her incumbency, Ayala has stood firm and publicly declared that she would never seek for any form of death penalty in any court case during her entire tenure. After her March 2017 public pronouncement that she would never, during her tenure, seek the death penalty in any of the cases she would be involved, Ayala received an anonymous noose-email to her office. During her radio interview with Porter Paul, Ayala confirmed that she received threats through an email that was sent to her office, with a noose in it; though the email did not bear any name. Regardless of these threats, Ayala affirmed that she would never seek a death penalty for any murder case. The emailed letters with a noose were then forwarded to the Orange County Sheriff’s Office for investigations. Ayala further confirmed receiving a lot of criticisms and, at the same time, praises from the public both professionally and socially.

One of the ongoing murder cases in which Ayala was involved in the hearing was the case of Loyd Markeith, a man who was accused of the killing of his expectant ex-girlfriend- Sade, as well as Lt. Debra Clayton- an Orlando Police. She confirmed her stand, citing several factors on the adverse consequences of the death penalty. Ayala said that death penalty was quite costly to the pockets of the taxpayers. She mentioned that death penalty could not deter any form of crime but only left the victim’s family in great despair.

AFP.Getty Images- The Ominous Symbolism of the Noose.

« Previous Post12 Powerful Quotes by Nina Simone on Her Extraordinary Life Next Post »Christina M. Jenkins, Inventor of the Sew-in Weave in 1951