Eubie Blake: One of the Most Famous Composers of the 20th Century Musicals 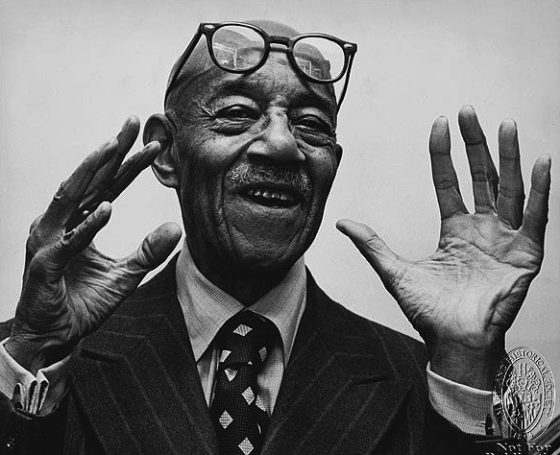 Ragtime pianist Eubie Blake was one of the most famous composers of 20th century musicals, known for hit “I’m Just Wild About Harry.”

Blake was born James Hubert Blake on February 7, 1883, in Baltimore, Maryland, to Emily Johnston and John Sumner Blake. His religious mother ran a strict household while his father stressed the importance of education, having become literate despite being enslaved.

Blake began playing the pipe organ at the age of six. People who heard him play in his youth, called him a genius when he was only eight. Blake didn’t formal piano lessons until the age of twelve.

By the time he was nineteen, Blake made music his profession, performing throughout Baltimore, New York, and Atlantic City. In 1915, he met Noble Sissle, his future business partner and friend. Together, Blake and Sissle performed around the world, playing ragtime, and developing performing shows.

In 1917, Blake became assistant conductor to Jim Europe at the Clef Club, then he toured in a musical show organized by Europe from musicians of the US Army’s 369th Infantry Regiment. During World War II, he toured with the USO for five years.

In 1945, Blake enrolled in a music program at New York University and graduated at the age of 67. In 1969, he recorded with Columbia Records The 86 Years of Eubie Blake. During the 1970s, he became a regular guest on The Tonight Show, received many awards—including the Presidential Medal of Honor—and performed until he was in his late 90s. During Blake’s music career, he composed more than 350 songs. Blake was inducted into the Big Band and Jazz Hall of Fame in 1983. Blake died February 12, 1983.