James Dean: First Black Judge Elected in the Post-Reconstruction in the South 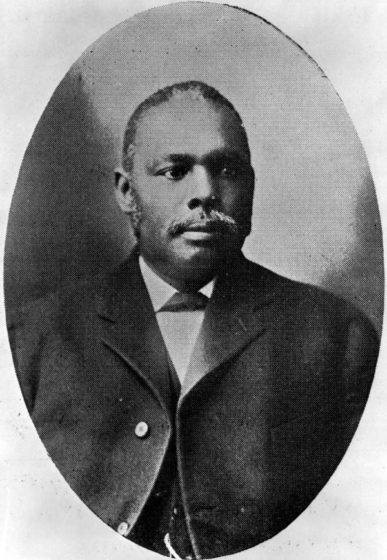 James Dean was the first black judge elected in the post-Reconstruction South. Dean was elected as the county judge in Key West, Florida in 1888.

Dean was born in Ocala, Florida on February 14, 1858. He attended Cookman Institute in Jacksonville, Florida where he graduated in 1878.

After completing his primary education, Dean attended Howard University where he received his degree in law in 1883. In 1884, he received a Master of Law degree and graduated valedictorian of his class. Dean was admitted to the bar of the Supreme Court of the District of Columbia in October 1884, and to practice in the United States and State Courts of Florida in 1887.

He was elected County Judge in Key West, Florida on November 6, 1888, and took office in January of 1889. Less than eight months after Dean began serving as judge, Governor Francis Fleming ordered him to resign. He was accused of issuing a marriage license to an allegedly interracial couple, Antonio Gonzalez and Annie Maloney; both were actually of black Cuban descent, meaning the marriage was lawful at the time. Judge Dean protested his innocence in a series of letters to the governor.

Governor Fleming issued an executive order suspending Judge Dean which stated that the suspension would remain in effect until the next adjournment of the Senate unless the Senate decided to remove him.

The Senate adjourned in 1891 without removing Judge Dean, which meant that his suspension would have expired, but Governor Fleming had already appointed a successor.

Dean fought his removal but was unsuccessful. He eventually moved to Jacksonville, where he died in 1914. His law books were auctioned off after his death to pay the debts of his estate.

On February 26, 2002, Governor Jeb Bush issued a proclamation reinstating Dean’s judgeship. From the event outline, Governor Bush noted the facts of the case:

“That the executive order stated that Dean’s suspension would remain in effect until the next ‘ADJOURNMENT’ of the Senate, unless the Senate decided to remove Judge Dean completely.

“The senate adjourned on June 5, 1891, without removing Judge Dean, therefore, his suspension expired upon the Senate’s adjournment on June 6, 1891. Legal research has shown that the marriage was lawful. Dean received a sworn statement from the husband saying that he was of black ancestry. Thus, the issuing of the marriage license was legal – no grounds for suspension.”

James DeanJudge James Dean
« Previous PostSoundtrack For A Revolution: A Fresh Approach To The Story Of The Civil Rights Movement Next Post »Black Abolitionists: William Howard Day Educator, Minister and Editor of a Weekly Newspaper