John Fox earned the nickname “Tiger Jack” early in his boxing career. He boxed under the name Tiger Jack Fox. Fox made the claim, he got his start in boxing when he was picked up while hitchhiking by a heavyweight boxer, Young Stribbling, and received an offer to serve as a sparring partner.

John Linwood Fox was born on April 2, `907 in Indianapolis, Indiana, though some references say Minnesota. Fox’s dream to become one of the greatest boxers took him to Terre Haute, Indiana. He trained under bantamweight champion Bud Taylor and went on to become the Indiana State Heavyweight Champion in 1932.

Fox had an official record of 155 wins versus only 22 losses and 12 draws over a 22-year career, but he always maintained that he participated in well over 300 professional contests, many of which were unrecorded.  Fox was known as a counter-puncher, he frequently boxed out of crouch with his hands at his side, chin sticking out, and making faces to entice his opponents to lead so that he could counter with a blow of his own.

After getting into an argument with a woman, Fox was stabbed below the heart with a razor blade on December 6, 1938. He was told he would never be able to fight again, but Fox was able to return to the ring less than two months later to fight against Melio Bettina for the world light heavyweight title. Tiger suffered a 9th round technical knockout in the one and only opportunity he ever received to fight for a world title. Among his more significant victories were two over future heavyweight champion Jersey Joe Walcott, and individual wins over Lou Brouillard and Maxie Rosenbloom.

Fox ended his career fighting in and around the Pacific Northwest, ultimately retiring in Spokane, Washington where he died on April 6, 1954, at the age of 47 after suffering a heart attack outside a local movie theater. In 2003 Ring Magazine’s writers listed him among their 100 greatest pound-for-pound punchers of all-time. 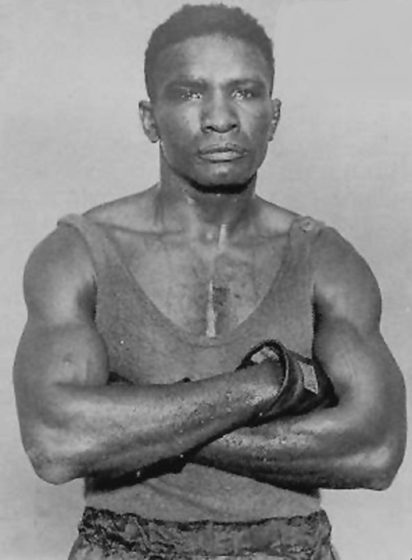