Julia A. J. Foote was born in Schenectady, New York to former slaves and devout Christians. She embraced their faith at an early age, joining the African Methodist Episcopal Zion Church when she was fifteen years old, by which time she was living in Albany with her adopted family.

She married George Foote in 1841, who took her to Boston, where she joined this city’s African Methodist Episcopal Zion church. Foote’s ever-increasing hunger for knowledge of the Holy was applauded; however, her insistence that God had called her to preach put a strain on her relationships with those who believed it absolutely inappropriate and downright wrong for a woman to be a preacher. Her parents did not support her call. Her husband did not support her call. Her pastor, Reverend Jeheiel C. Beman, not only did not think she should preach, but he also censured her for engaging in ministry in her home.

Convinced that she had to answer to a higher power, Foote persevered, finding pulpits, homes, revival camps and other venues where her gifts of the Spirit were welcomed. Eventually, she settled in Cleveland, Ohio, where in 1879, she published her autobiography: A Brand Plucked From the Fire.
It is unclear as to where Foote spent the 1880s and early 1890s, but it is known that in 1894 Foote became the A.M.E. Zion Church’s first woman deacon. In 1900, shortly before her death, she became this denomination’s second ordained female elder. 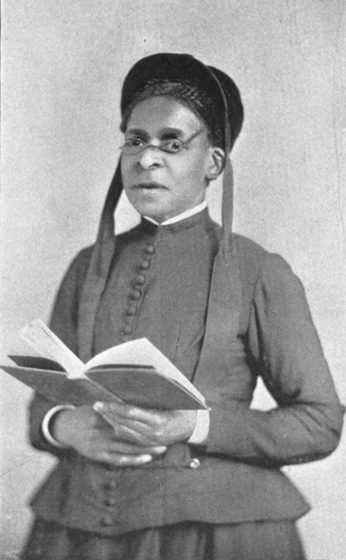 Evangelist Julia A.J FooteJulia A.J. Foote
« Previous PostSchooled By Youtube: In Memory of Malcolm X....Unapologetic & Uncompromising Next Post »200 Years Before Nicki Minaj And Strippers Exploited Themselves, There Lived Sarah Baartman. Her Story Is Neither Sexy Or Funny