James Mars: Once One of the Most Prominent African Americans in Connecticut

James Mars was born into slavery in Norwalk, Connecticut in 1790. He won his freedom at the age of twenty-five, and two years later moved to Hartford. He was very active in the organization of the Talcott Street Church, and was named Deacon. Soon he became one of the most prominent African Americans in the region, and the clear leader of Hartford’s African American community.

During the 1830s, Mars worked in a dry goods store in Hartford, Connecticut, and served as a deacon in the local Congregational church. He also played an important part in the African American enfranchisement and temperance movements. Mars was a principal in the 1837 landmark case Jackson v. Bulloch, in which the Connecticut Supreme Court granted slave Nancy Jackson her freedom after two years of residency in the state with her Georgia master, James Bulloch.

In 1842, Mars and other black residents petitioned the Connecticut Legislature to remove the word “white” from the voter eligibility clauses in the State’s Constitution, thereby granting black men the right to vote. The General Assembly rejected their request.

Around 1845, Mars moved his wife and eight children to Pittsfield, Massachusetts, where he stayed for twenty years before returning to Norfolk and publishing Life of James Mars (1864). 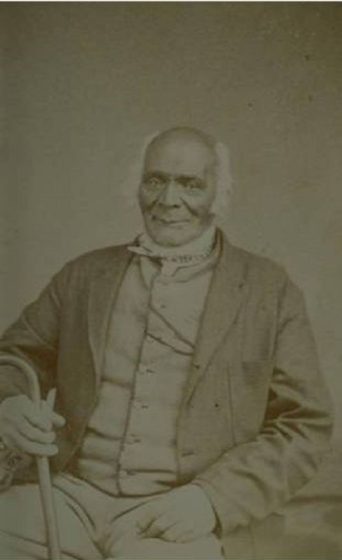