Looking Black On Today In 1831, Revolutionary Leader, Nat Turner, Was Executed In Virginia

Nat Turner, the leader of a bloody slave revolt in Southampton County, Virginia, is hanged in Jerusalem, the county seat. 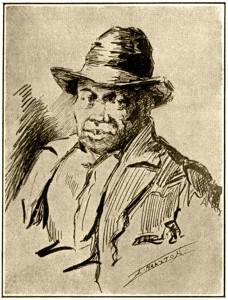 Turner, a slave and educated minister, believed that he was chosen by God to lead his people out of #slavery. On August 21, 1831, he initiated his slave uprising by slaughtering Joseph Travis, his slave owner, and Travis’ family. With seven followers, Turner set off across the countryside, hoping to rally hundreds of slaves to join his insurrection. Turner planned to capture the county armory at Jerusalem, Virginia, and then march 30 miles to Dismal Swamp, where his rebels would be able to elude their pursuers.

During the next two days and nights, Turner and 75 followers rampaged through Southampton County, killing about 60 whites. Local whites resisted the rebels, and then the state militia–consisting of some 3,000 men–crushed the rebellion. Only a few miles from Jerusalem, Turner and all his followers were dispersed, captured, or killed. In the aftermath of the rebellion, scores of African Americans were lynched, though many of them had not participated in the revolt. Turner himself was not captured until the end of October, and after confessing without regret to his role in the bloodshed, he was tried, convicted, and sentenced to death. On November 11, he was hanged in Jerusalem.

Turner’s rebellion was the largest slave revolt in U.S. history and led to a new wave of oppressive legislation prohibiting the movement, assembly, and education of slaves.