On this day, 20th May 1961, a group of African-American Freedom Riders, in a bus fully loaded by freedom fighters, were attacked by a mob of about 300 white segregationists at a bus depot in Montgomery, Alabama.

A team of freedom fighters famously known as “Freedom Riders,” including both white civil rights activists and African American activists had set a series of bus trips throughout the Southern America to protest against the widespread racial segregation in America. The attacked victims included a group of civil activist volunteers who gave themselves to ride the interstate buses for more than six months in 1961, challenging the non-enforcement of the U.S. Supreme Court verdict. The court ruled that the segregated public interstate passenger buses were unlawful and against the constitution. 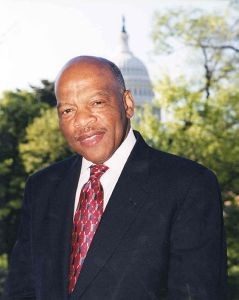 On this particular day of the planned attack, the bus was left to peacefully travel to a depot in Montgomery, before it was ambushed by a mob who mercilessly and brutally beat the riders exiting the bus. They hit them with baseball bats, bicycle chains, and iron pipes before setting the bus ablaze. Each white Freedom Rider was singled out for the most vicious beatings. James Peck, for instance, one of the Freedom Riders was severely wounded to an extent that he required more than 50 stitches to the wounds on his head in order to survive. Elsewhere, John L. Robert, one of the survivors of the attack, was struck on the head with a wooden crate and left to flee the scene unconsciously from the Greyhound Bus Terminal in Montgomery. Fortunately, he is the only living among the “Big Six” leaders of the riders and other civil rights movements. He has served in the U.S. House of Representatives in Georgia’s fifth Congressional District since 1988.

Read more of the original story from: http://www.history.com/topics/black-history/freedom-rides