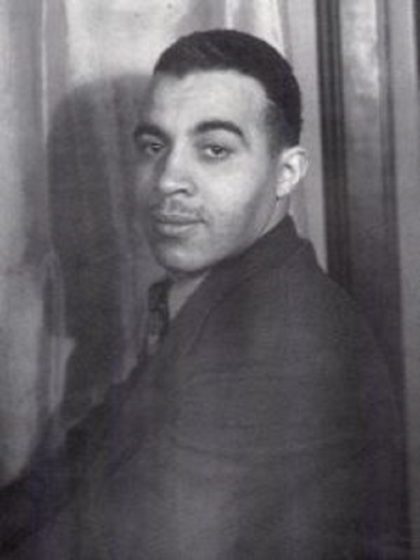 Richard Bruce Nugent was a writer, playwright, actor, and dancer of the Harlem Renaissance.

Nugent was born in Washington, DC, on July 2, 1906 to Richard H. Nugent, Jr., and his wife Pauline Minerva Bruce. After attending Dunbar High School, he moved to New York after his father’s death in 1920. Nugent’s mother worried about her son’s lack of interest in getting a stable job, sent him to Washington, DC, to live with his grandmother. During this time, he met famous writers Langston Hughes and Georgia Douglas Johnson. They became friends and would later influence each other’s works, and collaborated on works together.

Nugent also attended workshops taught by Georgia Johnson for writers and artists, including Alain Locke, the Director of The New Negro: An Interpretation, which is the anthology that marks the beginning of the Harlem Renaissance era.

Nugent became well-known in 1926 when he became a co-editor of Fire!!!, a journal that represented the new generation of black artists. He was also known as a public gay man during this time, which publicity was unusual. Writings of his experiences were collected in the Duke University’s 2002 publication of Gay Rebel of the Harlem Renaissance: Selections from the Work of Bruce Nugent, edited by Thomas Wirth.

The majority of Nugent’s life and career took place in Harlem in New York City, and he died of congestive heart failure on May 27, 1987 in Hoboken, New Jersey.