Robert T. Freeman: One of the First African Americans to Graduate from Harvard School of Dental Medicine

Freeman, who was born in Washington, D.C., was the son of former slaves from North Carolina. He began his professional life working as a clerk and later became a dental assistant. Dr. Henry Bliss Noble, a friend of Freeman’s, encouraged him to pursue a career in dentistry as a way to help alleviate the suffering of other African Americans.

Freeman applied to, and was rejected by, two medical schools. Although he was originally rejected from Harvard as well, he was accepted into Harvard Medical School in 1867 after a petition by Dean Nathan Cooley Keep to end the school’s historical exclusion of African Americans and other racial minorities. Freeman and a classmate of his, George Franklin Grant, were the first Black members of the inaugural class at Harvard Dental School, and upon graduation, they were the first Black dentists in the United States.

After graduating in 1869, Freeman returned to Washington, D.C., to set up a private practice in the same building as his previous employer and mentor. He quickly became a pillar in the D.C. black community because of his commitment helping the black youth interested in the medical field. Unfortunately, Freeman was not able to make an enormous impact because he died four years later of a water-borne disease. 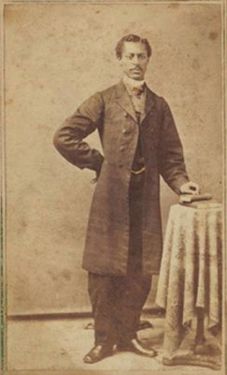