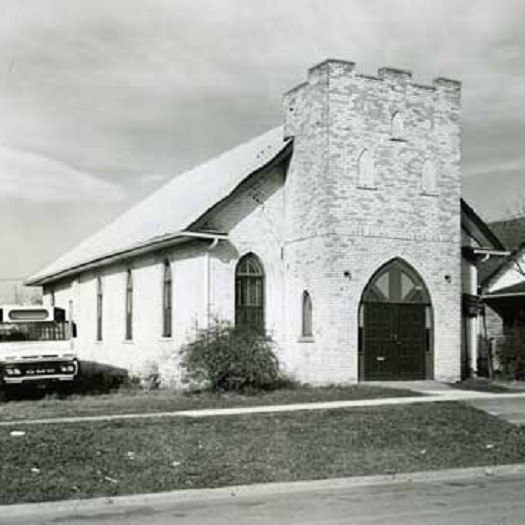 Sandwich First Baptist Church is the oldest Black Church in Windsor, Ontario. The Church, which is located in the small town of Sandwich, (a suburb of Windsor), served as a haven for refugee slaves who were fleeing slavery mainly from the Southern United States. After the passing of the Fugitive SlaveAct, in 1850, which gave owners the right to return runaway slaves to the south, the slaves only option was to flee to Canada.

The Underground Railroad came into existence during that period. Hundreds of fugitive slaves cross the Detroit River into Windsor. Sandwich First Baptist Church was their first stop. A hole on either side of the floor in the Sanctuary still exists. That hole allowed those who were been sought after by bounty hunters to escape into another hole located at the bottom of the Church. The Church, which was built first as a log cabin in 1820, was rebuilt by free and fugitive slaves in 1841. Each family supplied a number of homemade color coded bricks, some of which still exist.

Sandwich First Baptist Church
« Previous PostQueen Mother Of Dance: How Legendary Katherine Dunham Revolutionized The World Of Dance Next Post »Yankee & Confederate Kitchens: How Cookbooks Tell The Story of Famine And Slavery During The Civil War