Griffin was raised in Rondo, the cities largely Black neighborhood. He was the son of William Griffin and Loretta Waters Griffin who were from Paris, Kentucky. His father was a waiter on a railroad dining car. While in high school, Griffin was kicked off the basketball team because of poor grades, but he graduated and attended college for two years in West Virginia.

After high school, he attended college for two years in West Virginia, where he met his wife, Edna. He returned to St. Paul, joined their police department in 1941.

While on the St. Paul police force, he advanced from beat cop to deputy chief. He was the city’s first Black sergeant in 1955, the first Black captain in 1970 and, in 1972, the first to make deputy chief — but he had to sue the city to get that job, despite a top score on the examination. In the 1950s and ’60s, Griffin also traveled throughout Minnesota refereeing small-college and high school football and basketball games. He was the first Black person seen in some towns.

Griffin and his wife established a scholarship in his daughter Vianne’s , and he shared name. He had three daughters and 5 grandchildren. Jimmy Griffin died on November 23, 2002 in St. Paul. 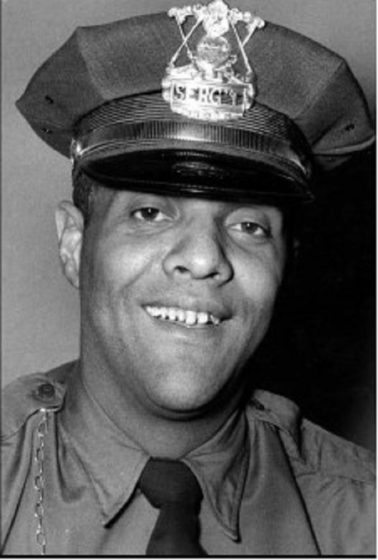